6 Years Before George Santos, Trump’s Endless Lying Made Him President 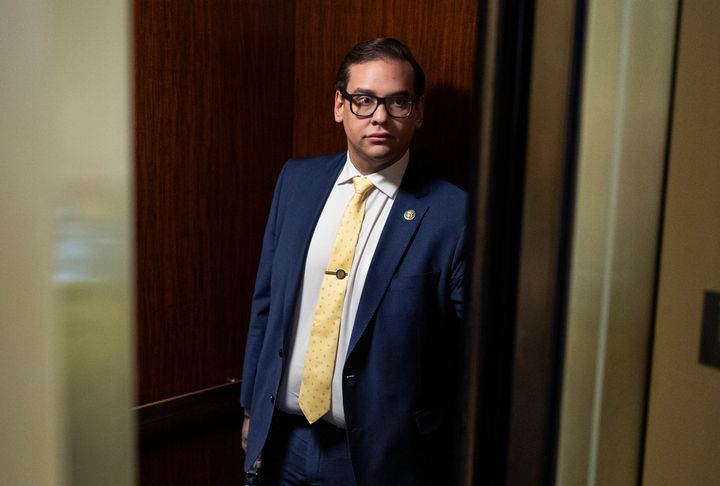 WASHINGTON ― Maybe George Santos’ real problem is that he aimed too low.

While the newly elected New York congressman is facing calls from some in his own party to step down after revelations that he fabricated much of his life story in his campaign, a fellow New York Republican seven years earlier ran on an even larger raft of lies. Voters made him president.

Donald Trump lied about how much money he had, the size of his airplane, the number of floors in his building, about whether he was still in the mail-order steak business, even his own height.

He was rewarded with the White House, where he set new records for falsehoods, culminating in the “big lie” about the 2020 election having been stolen from him, which in turn served as the foundation for his Jan. 6, 2021, coup attempt to remain in power.

So why the fixation on Santos’ lies now, compared with the relative pass Trump got?

“Triage,” explained former Republican consultant Mac Stipanovich, who left the party because of Trump. “Among the constant outrages that were the stock and trade of Trump, from undisguised and repetitive racism to admission of sexual assault and endemic misogyny to slandering legitimate heroes and attacking their families to you name it, biographical fiction was small beer.”

It is true that Santos’ whole-cloth fabrications are extraordinary for an elected politician. He has lied about the colleges he went to, about getting knee replacements after playing competitive volleyball, about having worked for Citigroup and Goldman Sachs (and having been wildly successful at both), about losing four employees in the 2016 Pulse nightclub massacre in Florida and even about being Jewish.

He nevertheless remains in the minor leagues compared with the lie upon lie told by his party’s last president about his own life story.

Trump lied about the size of his private jet, claiming it was larger than the 747 that the president normally uses as Air Force One. He lied about having dated model Carla Bruni and having been pursued by Madonna.

He lied about the British royals having expressed interest in buying apartments in his Trump Tower in Manhattan. And he lied about how many floors that building contains, calling it a 68-story high-rise even though it has only 57 (floors 6 through 13 do not exist, and neither do 27 through 29).

He lied about his own identity, calling journalists with made-up names to pass along false news items about Trump. He lied about his height, claiming for decades to be 6 feet, 3 inches, despite photos of him next to 6-foot-3 Jeb Bush and 6-foot-2 Justin Trudeau show that he is shorter, even though he wears shoes with 2-inch lifts.

Then, when he entered political life in 2011 with hints that he would run for president in 2012, he not only became the highest-profile spreader of the racist lie that Democrat Barack Obama was born abroad and was therefore ineligible to be president, he also embellished on it lavishly, claiming he had sent a team of investigators to Hawaii and that “they cannot believe what they’re finding.”

In fact, as former Trump lawyer Michael Cohen admitted later, there had been no investigators sent to Hawaii (Obama’s birthplace) or anywhere else. Trump had simply made it up.

Eventually even Republican rivals who had largely left Trump alone as they attacked one another began to criticize Trump for his dishonesty.

“This man is a pathological liar; he doesn’t know the difference between truth and lies,” said Sen. Ted Cruz (R-Texas), whose father had been accused by Trump of complicity in the assassination of John F. Kennedy. “Whatever lie he’s telling, at that minute he believes it.”

Trump’s biggest lie of all, though, was foundational to his popularity with many voters: that he was a brilliant, self-made billionaire businessman, worth, as his campaign claimed in a 2015 press release in all capital letters, TEN BILLION DOLLARS.

In reality, he only played a self-made billionaire on TV, as the host of NBC’s “The Apprentice.” His wealth had come from taking over his father’s real estate business while he was still in his 20s, not, as he claimed, from a “small” loan from him that he later repaid.

His actual net worth was a small fraction of what he had claimed. In a 2007 deposition, in fact, he admitted that his net worth varied with his mood each day rather than on fair-market valuations.

Indeed, a National Journal analysis in 2015 found that had Trump invested his father’s money in an S&P 500 index fund 50 years ago rather than actively running businesses himself, he would have been significantly wealthier.

Neither that story nor any of the others casting doubt on Trump’s origin myth, however, seemed to break through with voters, particularly Republicans, who in general continued to believe that Trump was a great businessman.

“‘The Apprentice’ and his long-standing notoriety helped him a lot,” said George Conway, a lawyer who supported Trump’s 2016 run but quickly came to see him as a danger to the country. “It created a preconceived image of him that stuck in the public mind.”

Sarah Longwell, a Republican pollster and consultant who has also opposed Trump from the start, said the aggressiveness of the coverage of Santos’ lies compared to the focus on Trump might simply be because Santos wasn’t famous to start with.

“Maybe media is embarrassed they missed the Santos story originally. Or maybe it’s because Santos isn’t a celebrity,” she said. “‘When you’re a celebrity, they let you do it’ was one of the truest things Trump ever uttered,” she added, referring to Trump’s claim on an “Access Hollywood” tape that women let him grab them by the genitals.

Another major factor, Stipanovich said, was the news media’s self-interest in exploiting Trump for his entertainment value. Cable networks famously showed Trump’s empty rally stage ahead of his appearances, and CBS chief Les Moonves even stated: “It may not be good for America, but it’s damn good for CBS.”

Stipanovich said a similar motive appears to be at play with all the coverage about Santos, who, in the end, is merely one House member, not a presidential candidate. “He is a useful tool with which Democrats and the media can drag the Republicans, not to mention that there is a seat at stake in a House in which the Republican majority is vanishingly thin.”