The divorce filing, which Page Six reported Wednesday, came amid his alleged extramarital affair with his “Good Morning America 3” co-host Amy Robach, which caused both anchors to be temporarily benched from the network pending an internal company review as reports about their infidelity dominated industry gossip and tabloid news.

Holmes, 45, who co-hosts “GMA3,” a midday extension of the network’s flagship show, and Robach have been “locked in a passionate romance despite both being married to their respective spouses for the past 12 years,” the Daily Mail reported in November in a story that included several intimate photos of the midday anchors taken throughout that month.

There has since been widespread speculation on who tipped off the Daily Mail about the extramarital affair. Some believe that someone inside ABC wanted to put an end to the dynamic.

The Post followed with a series of bombshell exclusive reports indicating that Holmes might have cheated on his wife with multiple ABC News staffers with “no shame.” The revelations coincided with the Disney-owned network’s internal review of the alleged affair between co-hosts.

Fiebig, an attorney, was reportedly “blindsided” by her husband’s infidelity, according to an insider who spoke with Page Six. The couple share one daughter.

Robach has been married to former “Melrose Place” star Andrew Shue for 12 years. Her marriage is also reportedly ending. 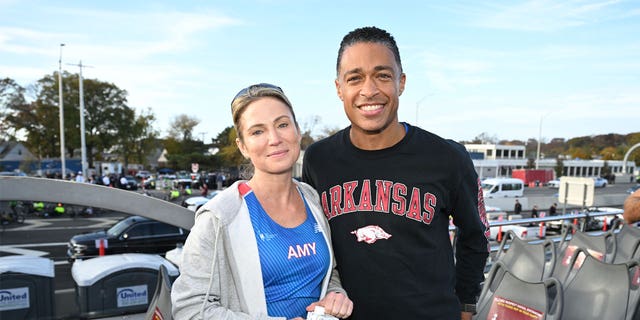 “In the beginning I actually thought good on ‘Good Morning America,’ they’re not taking them off the air, two consenting adults, but then the more you read, it’s just very messy, and I think, to me, it’s a sad situation. You’ve got kids involved, you’ve got families involved, and I keep thinking about that,” King told Bravo’s Andy Cohen. “I’m very concerned about that.” 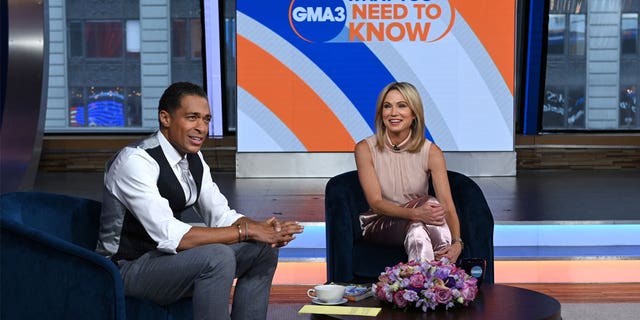 A former “GMA” executive told Fox News Digital earlier in December that Holmes and Robach might not return to the network at all.

“The broken marriages and the cheating, including reports that T.J. had another affair with a different ‘GMA’ colleague, is unseemly and embarrassing and a gross violation of core Disney values,” the former ABC News honcho said.