At Least 68 Dead After Plane Crashes in Nepal 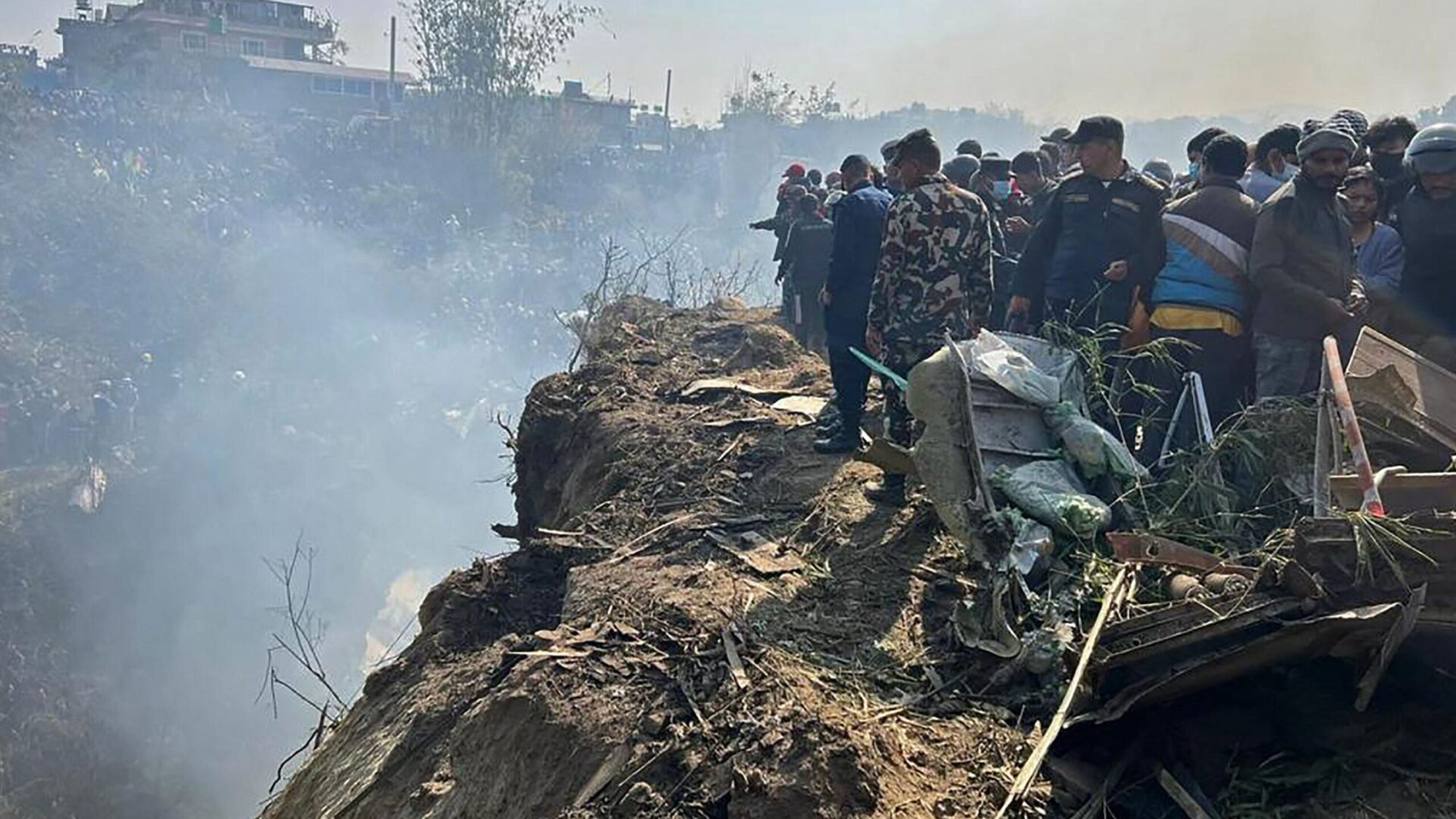 A twin-engine propeller plane crashed on approach to the city of Pokhara, with 72 people on board.

A plane carrying 68 passengers and four crew members crashed in the city of Pokhara, Nepal, on Sunday while trying to land. At least 68 were killed, according to the airline operating the plane and the country’s Civil Aviation Authority.

The ATR-72 plane, a twin-engine propeller model manufactured more than 15 years ago, was being operated by Yeti Airlines, on a roughly 30-minute flight from the capital, Kathmandu, to Pokhara, a picturesque vacation destination near the Annapurna mountains. A spokesman for Yeti Airlines confirmed the news of the crash and the number of people on board.

Videos on social media showed the plane engulfed by flames and black plumes of smoke at the crash site, where emergency responders were seen trying to retrieve victims.

The Civil Aviation Authority of Nepal said in a statement that at least 68 people had died in the crash. A statement from Yeti Airlines cited the same figure.

The Nepal Army said it had retrieved 66 bodies from the site as of Sunday evening. Rescuers had taken 29 bodies to a hospital for identification and at least 33 were still at the site, according to Brig. Gen. Krishna Prasad Bhandari, a spokesman for the Nepal Army.

Tek Bahadur KC, the chief administrator of the district of Kaski, where the crash took place, said rescuers had to struggle to reach the site, at first because of all the smoke, and because the plane had gone down into a gorge.

He said that hundreds of rescuers, including from the Nepal Police, the Nepal Army and the local community, had been mobilized to the area. The plane had broken into three large pieces.

To reach far-flung parts of the country, many people in Nepal rely on small, twin-engine planes, a number of which have crashed in recent years, according to the Aviation Safety Network. Poor visibility, rapidly changing weather conditions above mountainous terrain and aging fleets are among the hazards of flying in Nepal.

In May last year, a plane carrying 22 people and operated by the Nepali airline Tara Air went down during a 20-minute flight from Pokhara to Jomsom, a tourist destination popular with trekkers. There were no survivors.

And in 2016, all 23 people on board were killed when another Pokhara-Jomsom flight, also operated by Tara Air, crashed shortly after takeoff.

For Nepal, one of the poorest nations in South Asia, tourism is a major source of foreign exchange and revenue, contributing at least 6.7 percent of the country’s gross domestic product. The industry, which is still rebounding from the coronavirus pandemic, employs more than a million people.

Of the 68 passengers on board Sunday’s flight, 53 were from Nepal, five from India, four from Russia, two from South Korea and one each from Australia, Argentina, France and Ireland, according to Nepal’s Civil Aviation Authority. The four crew members were all from Nepal.

Yeti Airlines Flight 691 took off from Kathmandu at around 10:30 a.m. Sunday. It lost contact with the airport in Pokhara about 20 minutes later, the Civil Aviation Authority said in a statement released on Sunday.

A spokesman for the airline said the plane had been supposed to land at the newly inaugurated Pokhara International Airport, which was built with a soft loan of $216 million from China. It was nearly there before it crash-landed in a gorge near the Seti River, he said.