Axl Rose is holding on to his microphone, for now.

The Gun N’ Roses frontman penned a lengthy statement on Twitter following a report that one fan at a concert in Australia was injured after Axl tossed the mic into the crowd — a longstanding tradition signaling the end of a GNR show.

“It’s come to my attention that a fan may have been hurt at r show in Adelaide Australia possibly being hit by the microphone at the end of the show when I traditionally toss the mic to the fans,” he wrote.

Axl Rose tweeted he won’t throw the microphone into the crowd after a fan was reportedly injured during a Guns N’ Roses concert. (Amy Sussman)

After the band’s final song, “Paradise City,” Rose threw the microphone into the sea of people at Adelaide Oval last week, and allegedly struck Rebecca Howe in the face. Howe said she suffered two black eyes.

JOHNNY CASH’S SON RECALLS HOW THEY FACED PERSONAL STRUGGLES TOGETHER: ‘WE FORGAVE EACH OTHER AND WE HEALED’

“If true obviously we don’t want anyone getting hurt or to somehow in anyway hurt anyone at any of r shows anywhere,” Axl wrote.

“Having tossed the mic at the end of r show for over 30 years we always felt it was a known part of the very end of r performance that fans wanted and were aware of to have an opportunity to catch the mic.” 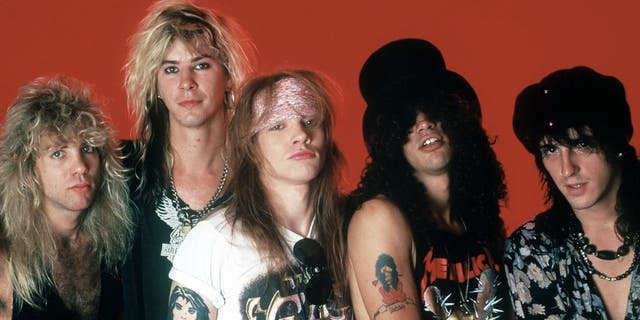 He added, “Regardless in the interest of public safety from now on we’ll refrain from tossing the mic or anything to the fans during or at r performances.”

“Unfortunately there r those that for their own reasons chose to frame their reporting regarding this subject in a more negative n’ irresponsible out of nowhere light which couldn’t b farther from reality. We hope the public and of course r fans get that sometimes happens.

“A BIG THANKS to everyone for understanding.” 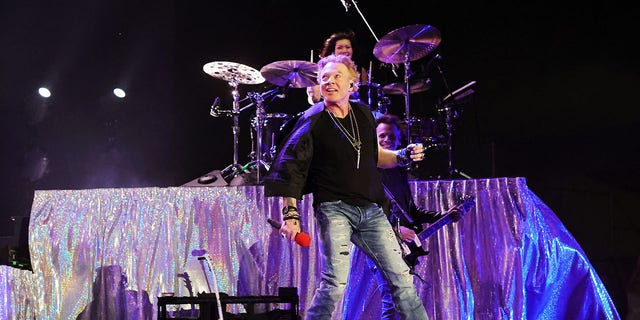 Axl wrote that he would “refrain from tossing anything” to fans from the stage following the incident. (Amy Sussman)

Hundreds of GNR fans responded to Rose’s tweet with dismay. One follower wrote it was “one of the greatest days/nights” of their lives after they caught the mic during a Guns N’ Roses show.

The band — including Slash, Duff McKagan, Dizzy Reed, Richard Fortus, Frank Ferrer and Melissa Reese — is heading to New Zealand for two more tour stops on their highly anticipated 2020 tour, which was postponed due to the pandemic. They’ll end the Guns N’ Roses 2020 Tour in London at Hyde Park on June 30, 2023.