MANCHESTER, England — A baby who was allegedly attacked by nurse Lucy Letby recovered “leaps and bounds” after she was moved to a new hospital, a jury was told.

Prosecutors accuse Letby of twice tying to kill the child, known as Baby H, at the Countess of Chester Hospital’s neonatal unit.

The 32-year-old is on trial in the United Kingdom for allegedly murdering seven babies and attempting to murder 10 others between June 2015 and June 2016.

A jury in Manchester Crown Court heard how Baby H, who was not named for legal reasons, suffered two collapses on the neonatal unit, one Sept. 26, 2015, and another the day after.

She was initially described as doing “fine” after being born six weeks early.

But Baby H’s mother recalled how she was woken in the early hours by nurses who rushed into her room on the maternity unit and told her to come immediately to the neonatal unit.

She and her husband were shocked after medics told them that their daughter had been placed on a ventilator after suffering a collapsed lung.

Giving evidence via a written statement, Baby H’s mother said, “They explained that their first priority was that they had to care for H.

“We accepted that but said what a shock it was to arrive and find her on a ventilator.”

When she arrived to the neonatal unit, the mother could see staff resuscitating Baby H, and she was told to “sit with her and hold her hand”. 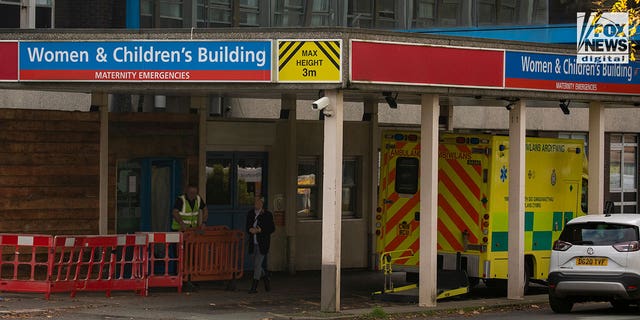 Her husband said his daughter was a “very strange color” and “very mottled.”

Staff managed to resuscitate Baby H but were not able to explain why she suffered a sudden cardiac collapse, the jury was told, and a consultant told her parents he “could not guarantee” she would make it through the night.

Baby H’s parents stayed beside her incubator that day before going to sleep in a nearby room.

Although Baby H stabilized, they received a knock at the door not long after they had gone to bed. Staffers advised them to return to the neonatal unit.

The mother said they were “met with an almost identical scene” as medics worked to save their daughter. 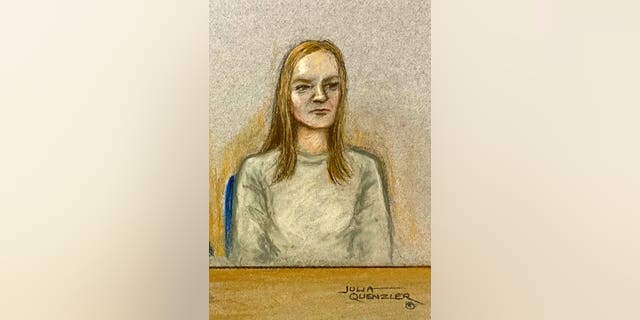 Baby H recovered for a second time and was moved to another hospital, where tests were carried out to establish the cause of the two collapses.

From that point on, the jury heard, she improved dramatically.

Baby H was “more responsive and came on in leaps and bounds,” her father said.

She was well enough to return to the Countess of Chester Hospital two days later and was eventually discharged.

Baby H, now 7, has experienced no long-term health problems or issues, the jury was told.

Letby’s lawyer, Benjamin Myers, told jurors Child H’s unexplained collapses were the result of “suboptimal care” at the hospital and had “nothing to do” with the defendant. 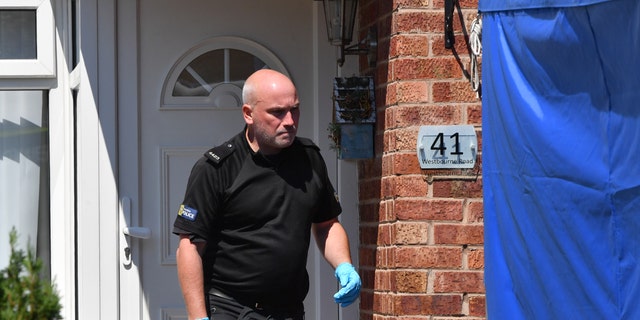 A police officer leaves Lucy Letby’s house in Chester, England, July 3, 2018, after she was arrested on suspicion of murdering or attempting to murder babies. (Anthony Devlin/Getty Images)

It’s alleged the insertion of a chest drain following Baby H’s collapsed lung may have contributed to her cardiac arrest.

But Myers pointed out that Baby H, who’d needed three doses of adrenaline as medics battled for 20 minutes to resuscitate her, received three chest drains, which was “very unusual” for a baby.

He added that the drain inserted by Dr. Jayaram was placed in a “suboptimal” position and should have been inserted in the fifth intercostal space, which is around the underarm area. The trial continues.

Ian Leonard is a freelance journalist who reports on UK news for Fox News Digital. Ian has contributed articles to The Times, The Daily Telegraph, The Guardian, Daily Mail, The Sun, Daily Mirror, and many others. He’s also worked as a producer for BBC Radio 5 Live. He can be followed on Twitter @iancleonard