Billy Idol honored with star on Hollywood Walk of Fame: ‘I couldn’t have imagined something like this’ Billy Idol reflected on his decades-long career as he was honored with a star on the Hollywood Walk of Fame on Friday.

The 67-year-old musician was joined by his girlfriend China Chow, 48, and his family as he attended the ceremony on Hollywood Boulevard in Los Angeles.

“It really is crazy to find myself getting an award like this, or being honored in this way,” the three-time Grammy Award winner said, per a report from People Magazine.

Billy Idol was honored with a star on the Hollywood Walk of Fame on Friday. (Hollywood To You/Star Max/GC Images)

He continued, “I mean, 47 years of doing this after I started in Generation X, and 35 years after coming here, I just really could never have imagined anything like this.”

“Initially, we did the music back in the mid-’70s during the punk rock time. There wasn’t much hope or anything. We decided if there’s nothing, there’s no future, we’re going to do what we love. And that’s what I did. I did the music because I loved it. It wasn’t for any other reason, really.” 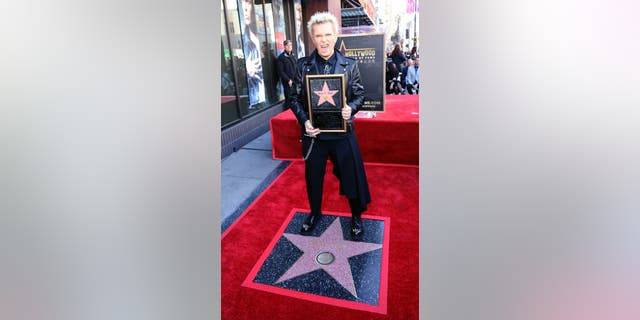 Idol reflected on his decades-long career at the unveiling ceremony. (David Livingston/Getty Images)

“I could never have imagined something like this. It’s just incredible.”

Prior to the star’s unveiling, Idol became emotional as he thanked fans who had gathered to support him.

“You are the best. Quite simply, I’m here today because of you, because of your love,” the punk rock icon said. “You supported me all this time. Forty-seven years now I’ve been doing this.”

Chow and Idol shared a kiss after the star’s unveiling. “The Big Hit” actress and the singer have been dating since February 2018.

Idol was also joined by his son Willem Wolfe, 34, and daughter Bonnie Blue, 33, as well as their spouses and children. 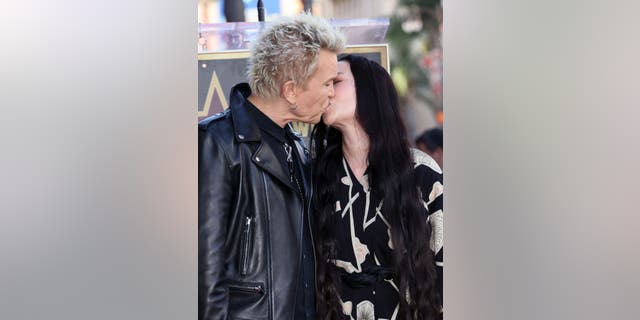 The punk rock icon and his girlfriend China Chow shared a kiss after the unveiling.  (David Livingston/Getty Images)

Fellow rocker Henry Rollins and OBEY founder Shepard Fairey paid tribute to Idol in speeches at the ceremony. Rollins told the crowd, “Billy Idol has rock an roll in his veins and punk rock in his DNA. That is to say, he is the real thing, and maybe that’s why we’re here today.”

The 61-year-old former Black Flag frontman continued, “Because decade after decade, he has remained himself, and it takes a lot of guts and a lot of integrity.”

Idol’s star is the 2,743rd star on the Walk of Fame and the first to be unveiled in 2023. The unveiling comes ahead of the 40th anniversary of the singer’s self-titled debut album in July.

Idol has sold more than 40 million albums worldwide and was one of the early stars of MTV in the 1980s. Some of his biggest hits include “Dancing With Myself, “White Wedding,” “Rebel Yell,” “Mony Mony,” “Hot in the City,” “Flesh For Fantasy,” and “Cradle Of Love.” 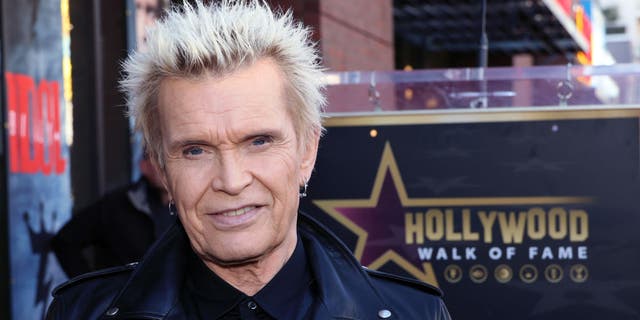 Idol’ will mark the 40th anniversary of his debut album in July. (David Livingston/Getty Images)