Blake Shelton ditches ‘The Voice’ to focus on parenting with Gwen Stefani: ‘I take that job very seriously’

Blake Shelton treats Gwen Stefani’s sons as if they were his own.

“Even though I’m a stepparent, I take that job very seriously,” he told People magazine. “The kids see me as a very important person in their life.”

Shelton recently announced that after the 23rd season of NBC’s “The Voice,” he is stepping away from his coaching duties.

“If I walked away from my career at this time, the only thing that I run the risk of is having regrets that I’m missing out on some more important things in life. For now, that’s our kids. This isn’t about me anymore and never will be again,” he said of pivoting to a less work-based life.

Blake Shelton and Gwen Stefani were married in the summer of 2021. (Trae Patton/NBC)

The country crooner, 46 was previously married to fellow country musician Miranda Lambert from 2011 to 2015. From 2003 to 2006, Shelton was married to Kaynette Williams.

Shelton said his stepchildren, “taught me something about myself that I never knew: I’m more than just a country singer or a goofy guy. I’m someone they actually lean on, and that’s not a responsibility that I ever had and not something that I ever considered even being into.”

“It’s a different kind of self-worth,” the country singer added. “Maybe it’s the opposite of self-worth because you put yourself way down on the rung, and they move up ahead of you.” 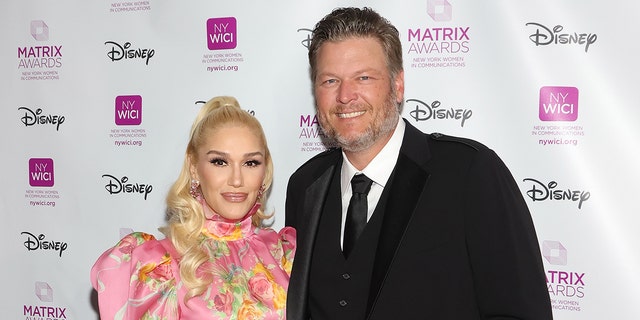 On Father’s Day this past year, Stefani paid tribute to Shelton on her Instagram, writing beneath a photo of the couple with their kids, “happy father’s day @blakeshelton we all love u sooooo much god really gave me you for the ups and downs.”

The children have directly impacted Shelton’s career decisions, with him explaining “[When they ask], ‘Why isn’t Blake here?’ I take that stuff to heart. I’ve made plenty of money, but you can’t buy time back. I don’t want any regrets.”

Shelton says he enjoys his time most with the family in Oklahoma, away from the hustle-and-bustle of Hollywood.

“We get away from everything [in L.A.], and we’re just us. It truly does feel different,” he added. “That’s where I feel the most comfortable, happy and safe.” 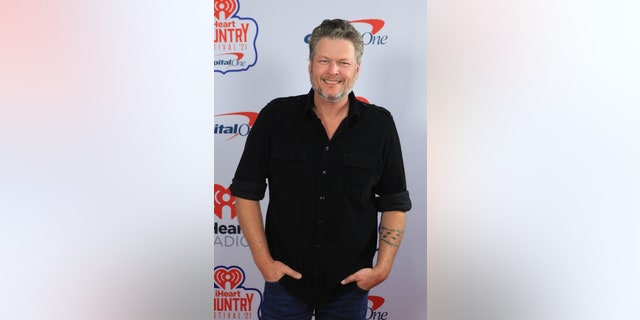 Blake Shelton said he feels the most “safe” in Oklahoma. (Sarah Kerver/Getty Images for iHeartMedia)