A Black Lives Matter activist whose Boston anti-violence non-profit was shut down last month as a federal fraud case against her and her husband continues to unfold wants unemployment benefits.

Monica Cannon-Grant, 41, who formerly headed the non-profit Violence in Boston, and her husband, Clark Grant, 38, were federally indicted in March for allegedly soliciting millions of dollars in donations following the 2020 killing of George Floyd that they used to “enrich themselves and their designees.”

In her first court appearance on the 18-count indictment in March, conditions for Cannon-Grant’s release included that she “not apply for, or facilitate the application for, any unemployment benefits unless approved by the Court,” according to the Boston Herald.

The filing says Cannon-Grant “is currently unemployed and would like to apply for unemployment benefits.”

“The government does not object to the defendant’s application for unemployment benefits so long as any such application is done in accordance with the law,” Goldstein wrote. 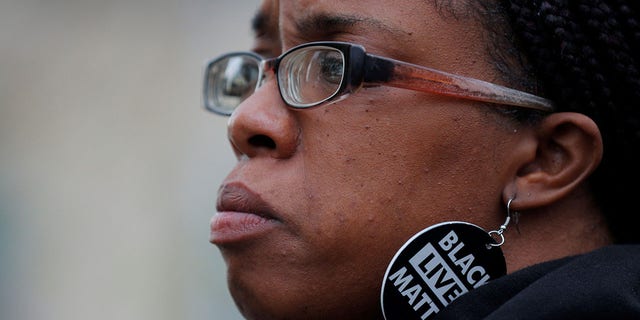 Activist Monica Cannon-Grant waits to speak at a demonstration one day after the guilty verdicts against former Minneapolis police officer Derek Chauvin in the death of George Floyd, in Boston, Massachusetts, U.S., April 21, 2021.  (REUTERS/Brian Snyder)

From 2017 through at least 2020, the couple from Taunton, Massachusetts, allegedly exercised exclusive control over Violence in Boston’s financial accounts and diverted its money to themselves through cash withdrawals, cashed checks, debit purchases and transfers to their personal bank accounts.

Cannon-Grant is accused of paying herself a large salary, despite making public statements claiming she received no salary for her nonprofit work.

Amid increased attention to the Black Lives Matter movement in 2020, she is accused of directing co-conspirators to apply for public and private grants for the charity that were instead used to pay for the couple’s personal expenses. 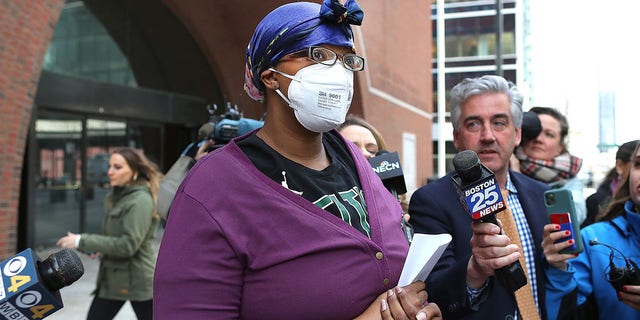 Monica Cannon-Grant leaves the Federal Courthouse after she was arrested and indicted in Boston on March 15, 2022.  (John Tlumacki/The Boston Globe via Getty Images)

The indictment says the charity received a $10,400 donation from an unidentified department store for the stated purpose to be used to feed hungry children, but Cannon-Grant instead laundered those funds through a church to use to pay her back rent.

Cannon-Grant is also accused of embezzling a $10,000 grant from the Suffolk District Attorney’s office when Rachael Rollins was at the helm. Rollins now serves as U.S. Attorney for Massachusetts, which is the prosecutorial agency handling the fraud charges against Cannon-Grant and her husband.

Cannon-Grant was fired from the charity she founded last month before the non-profit dissolved.

Danielle Wallace is a reporter for Fox News Digital covering politics, crime, police and more. Story tips can be sent to danielle.wallace@fox.com and on Twitter: @danimwallace.