Denver Broncos running back Melvin Gordon did not have an answer for why he was not utilized in Monday’s loss to the Los Angeles Chargers.

On Tuesday, head coach Nathaniel Hackett gave him one.

Melvin Gordon III, #25 of the Denver Broncos, runs for yards during the first quarter against the Los Angeles Chargers at SoFi Stadium on Oct. 17, 2022 in Inglewood, California.  (Sean M. Haffey/Getty Images)

“So the first quarter – he was in on the second quarter – in the third quarter, we didn’t have a lot of football plays,” Hackett told reporters during a press conference.

BRONCOS’ MELVIN GORDON CLUELESS OVER BENCHING IN LOSS TO CHARGERS: ‘I CAN’T TELL YOU BECAUSE I DON’T KNOW’

“We were going three and out. Our plan was to get into manageable third-down situations to be able to move the ball, control the clock. We did and we just didn’t convert on third down. When you are 29% on third down, that’s a hard recipe for success.” 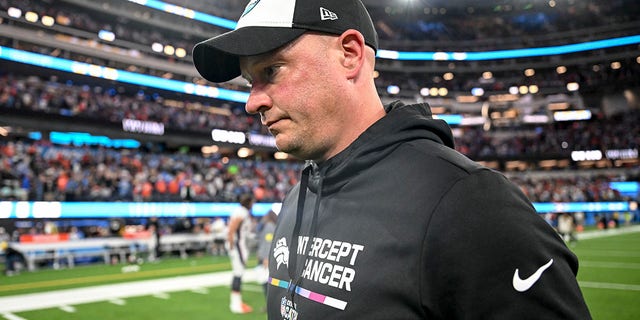 Head coach Nathaniel Hackett of the Denver Broncos walks off the field after the fourth quarter of the Los Angeles Chargers 19-16 overtime win at SoFi Stadium in Inglewood, California on Monday, Oct. 17, 2022.  (AAron Ontiveroz/MediaNews Group/The Denver Post via Getty Images)

He continued: “When it comes to the running back play, we need to look at that and sit there and say if somebody’s doing a really good job, and I think Latavius (Murray) was doing a fine job – he had the opportunity to go another series. Then we just didn’t have a lot of plays. We want all those guys, we need all those guys and we got to be sure they are all on the field.”

The Broncos had 55 plays compared to the Chargers 83, but according to NFL.com, Gordon was not on the field for the final 33 plays. He finished with three carries for eight yards.

When asked about it after the game, Gordon expressed his frustrations.

“[I was] kind of just waiting for my number to get called so I can go out there and help my teammates. It was a close game. I feel like I could’ve helped make a difference but apparently not.” 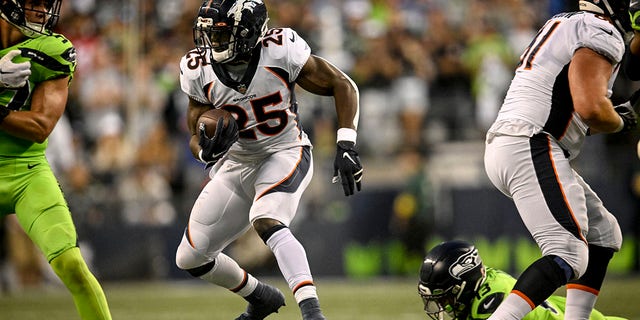 Melvin Gordon III, #25, of the Denver Broncos runs with the ball against the Seattle Seahawks during the second half of Seattle’s 17-16 win at Lumen Field on Monday, Sept. 12, 2022.  (AAron Ontiveroz/MediaNews Group/The Denver Post via Getty Images)

Hackett said Tuesday that he was going to have a conversation with Gordon.

“We have a very good relationship and [I] want to be sure that we’re crystal clear on everything and that he knows where I stand,” he said.

“Melvin didn’t do anything wrong. He didn’t. We just didn’t have a lot of plays, and in the end, he didn’t get the reps that he wanted. He’s a competitor. He wants to be out there helping with his team. We’ll sit down and we’ll have a conversation.”