A California teacher posted on social media about using a “gender-fluid” stuffed animal to teach children how to use the proper pronouns.

A description of the teacher’s philosophy appears on the school’s website. “I diligently push to create a safe space and brave space for my students. We work on being uncomfortable, challenged, and communicating. We work to understand our identity, bias, and privilege,” Tooley said.

On TikTok, Tooley discusses a lesson in which the teacher explained the “gender binary” with children and how there are “many more genders out there in the universe” than just boy and girl. Tooley also discussed teaching children how to use pronouns with a stuffed animal.

Gender fluidity refers to change over time in a person’s gender expression or gender identity, or both

“[Children] are very much ready for these topics and are way more accepting than adults when it comes to discussing these topics and talk about gender, gender assumptions, pronouns, all the things. And it is child development appropriate and age appropriate,” the teacher said.

Tooley provided another example of a stuffed animal that had they/them pronouns.

“I started talking [to students] about Norbert the Narwhal… who uses they/them pronouns, and we practice making mistakes with their pronouns as well as correcting them.”

Tooley disclosed that Saturn Street Elementary has a “rainbow club” which the teacher was looking to implement for third-graders. 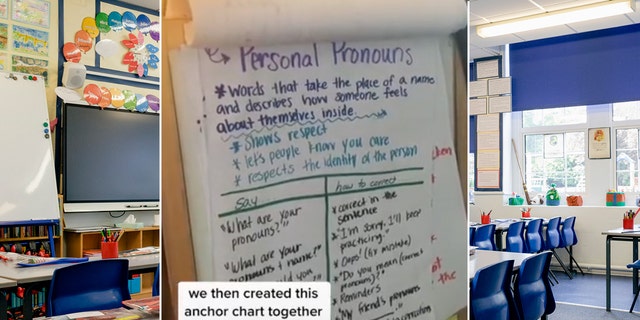 Fox News Digital reached out to the principal for comment, asking whether parents’ permissions were solicited before students were invited into the club but did not immediately receive a response.

The educator added that classroom discussions include hashing out how “dynamics of power leads… into the gender binary… I realized so many of my students were already looking at themselves and at their bodies and even at their gender negatively.”

“All of this to say that the gender binary is constantly harming us day to day. Only a few people gain power from it. Everyone else is trying to conform to the societal norms. This harm, as we’re already seeing, starts at a young age,” Tooley said. 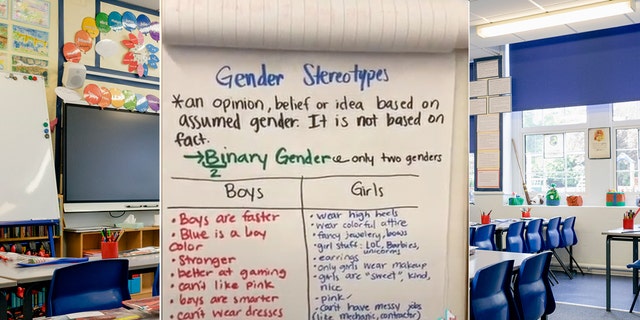 The teacher went on to blast elementary school educators for not introducing gender ideology to children.

Tooley said, “educators specifically on the elementary side will be like, ‘Well, I can’t teach LGBTQ+ because they’re just not ready for that… Our kids… are queer. They’re questioning, they’re wondering. They want to see this. You should just be discussing it so that people know how to show respect and empathy.”

Hannah Grossman is an Associate Editor at Fox News Digital.