Arizona Cardinals star J.J. Watt was emotional at his postgame press conference on Sunday following the team’s victory over the Carolina Panthers.

Watt played in the game despite revealing he needed his heart shocked back into rhythm earlier in the week. He talked about how he and his wife, soccer star Kealia Watt, have been looking at ultrasound photos of their son and contrasting it with pictures of the NFL player’s heart.

Watt said before the game his heart went into atrial fibrillation.

“I talked to cardiologists and electrophysiologists from all over the country. I was assured multiple times from multiple people that there was nothing else you could do. I could play like normal and something could happen the next day or never again in 20 years. So I was assured, and I went back to practice on Friday and here we are,” he said.

“Obviously it’s been a very emotional week for me and my family — for my wife and for myself.”

According to the Mayo Clinic, atrial fibrillation is “an irregular and often very rapid heart rhythm that can lead to blood clots in the heart.” It could increase the risk of stroke, heart failure or other heart-related complications if not addressed.

Watt said he heard the news of his heart issue was going to be reported which is why he preemptively sent out a tweet hours before kickoff. 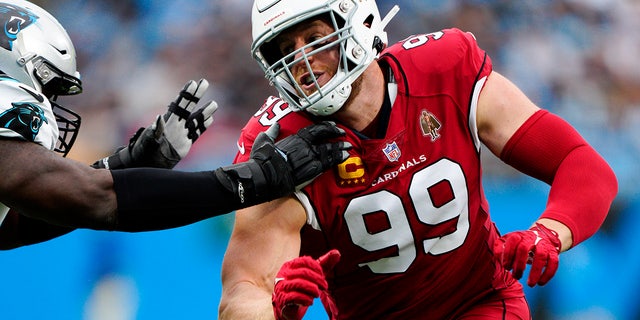 Arizona Cardinals defensive end J.J. Watt plays against the Carolina Panthers during the first half of an NFL football game on Sunday, Oct. 2, 2022, in Charlotte, North Carolina.  (AP Photo/Jacob Kupferman)

“I was just told somebody leaked some personal information about me and it’s going to be reported on today. I went into A-Fib on Wednesday, had my heart shocked back into rhythm on Thursday and I’m playing today. That’s it,” he tweeted.

The Cardinals won the game. Watt had a pass deflection that led to an interception along with three tackles.

He said he did not know what caused the irregular heartbeat. 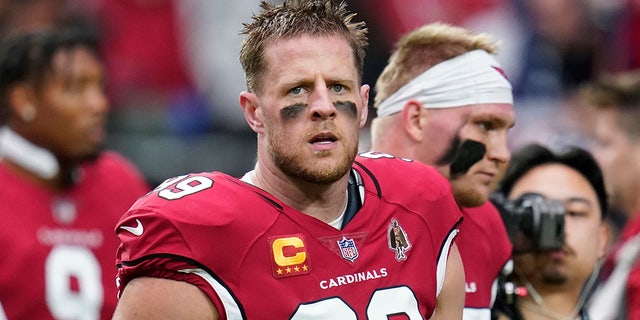