Calls for Brooklyn Nets guard Kyrie Irving to be punished by the NBA for posting an antisemitic film continue to pile up.

After Irving tweeted a link to a film, “Hebrews to Negroes: Wake Up Black America,” which contains racially-charged messaging, the NBA, Nets and basketball media have called for accountability.

Speaking on the Irving controversy on TNT’s “Inside the NBA,” Charles Barkley said he hopes the league suspends Irving for appearing to promote antisemitism.

“I think he should have been suspended. I think Adam [Silver] should have suspended him,” Barkley told the panel.

“I think the NBA made a mistake. We have suspended people and fined people who have made homophobic slurs, and that was the right thing to do. I think if you insult the Black community, you should be suspended or fined heavily, depending. I saw they did the same thing to the kid in Minnesota this year [Anthony Edwards] when he made the gay slur. I think you should get suspended or fined.” 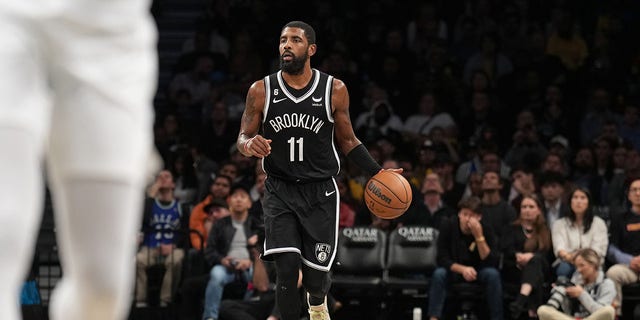 Kyrie Irving of the Brooklyn Nets dribbles the ball during a game against the Dallas Mavericks Oct. 27, 2022, at Barclays Center in Brooklyn, N.Y. (Jesse D. Garrabrant/NBAE via Getty Images)

KYRIE IRVING DEFENDS RIGHT TO POST WHAT HE WANTS ON SOCIAL MEDIA, GETS INTO HEATED ARGUMENT WITH REPORTER

Nets team owner Joe Tsai released a statement condemning Irving for highlighting the film and said he was “disappointed” for the “hate” it conveyed. Kyrie deleted his tweet Monday.

“I’m disappointed that Kyrie appears to support a film based on a book full of anti-semitic disinformation,” Tsai tweeted. “I want to sit down and make sure he understands this is hurtful to all of us, and as a man of faith, it is wrong to promote hate based on race, ethnicity or religion.” 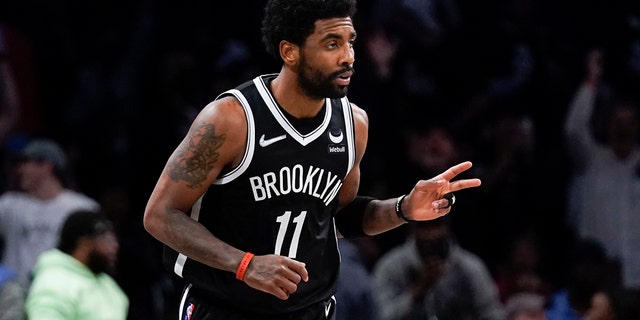 The Brooklyn Nets’ Kyrie Irving reacts after scoring a basket against the Cleveland Cavaliers during the first half of the opening game of the NBA Play-In April 12, 2022, in New York. (AP Photo/Seth Wenig)

Irving criticized the media for calling his platform “hateful” during a postgame interview Sunday.