Xi, a CCP heavyweight, will almost certainly secure the required votes to maintain office and continue on into his third term.

“It was stressed at the meeting that the 20th CPC National Congress is a congress of great significance to be convened at a crucial moment,” state media outlet People’s Daily said of the upcoming congress, “as the whole Party and the entire nation embark on a new journey toward building a modern socialist country in all respects, and advance toward the Second Centenary Goal.”

Xi, 69, has become the most influential leader of the CCP since its founder, Mao Zedong, who led a successful revolution founding the People’s Republic of China.

The announcement via People’s Daily boasted a nationalist and proudly ideological tone, saying, “The congress will hold high the great banner of socialism with Chinese characteristics, uphold Marxism-Leninism, Mao Zedong Thought, Deng Xiaoping Theory, the Theory of Three Represents and the Scientific Outlook on Development, and thoroughly implement Xi Jinping Thought on Socialism with Chinese Characteristics for a New Era.”

CHINA FURIOUS AFTER PELOSI LANDS IN TAIWAN, PROMISES ‘ALL NECESSARY MEASURES’ TO DEFEND ITSELF 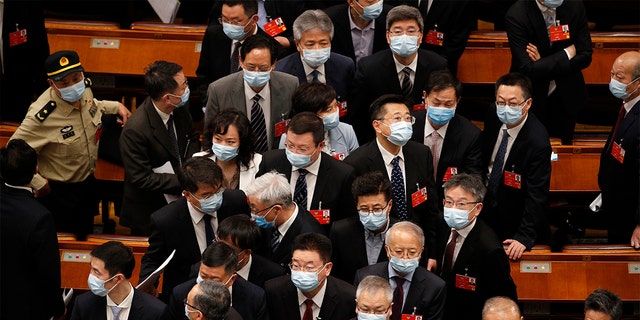 Delegates wearing face masks to protect against the spread of the new coronavirus leave after the opening session of the Chinese People’s Political Consultative Conference at the Great Hall of the People in Beijing, Thursday, May 21, 2020.  (AP Photo/Andy Wong, Pool)

Despite political damage caused by the coronavirus pandemic, a collapsing property sector and a weakened influence on Taiwan, the congress is all but certain to re-elect Xi.

Xi has held on to the party’s fidelity through the last five years of turmoil with a series of successes — growing international influence, massive leaps in natural resource infrastructure in Africa and an iron fist governance that has brought Hong Kong to heel. 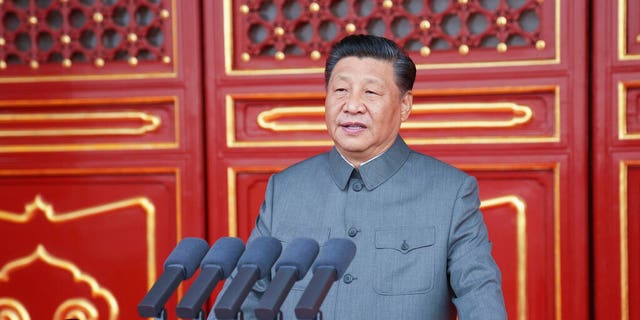 Chinese President and party leader Xi Jinping delivers a speech at a ceremony marking the centenary of the ruling Communist Party in Beijing, China, Thursday, July 1, 2021. (Li Xueren/Xinhua via AP)

Xi saw the biggest threat to Chinese international power earlier this month when House Speaker Nancy Pelosi, D-Calif., landed on the island of Taiwan after weeks of international speculation and threats of retaliation from the CCP.

Pelosi, who was conducting an extensive tour of multiple allied nations in Asia, touched down in Taiwan despite repeated threats to the speaker’s safety.