McCaffrey did something that no other player has done since Pro Football Hall of Famer LaDainian Tomlinson in 2005 when he was with the San Diego Chargers. McCaffrey threw, rushed and caught a touchdown as the 49ers put away the Rams, 31-14.

The running back also became the first player to have at least 30 passing yards, 30 rushing yards and 30 receiving yards since he did it in 2018, according to ESPN Stats & Info.

The former Carolina Panthers star had 94 rushing yards on 18 carries and eight receptions for 55 yards in the game. 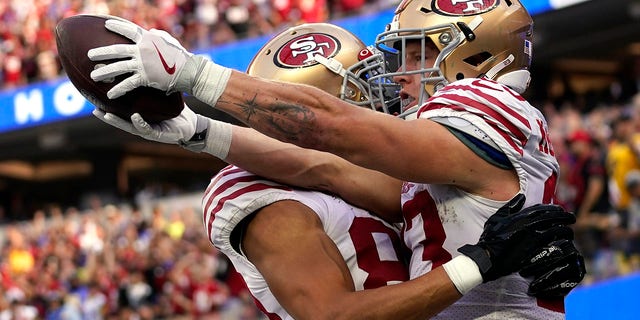 Garoppolo was 21-for-25 with 235 yards and two touchdown passes. Aiyuk led the team with six catches for 81 yards.

Matthew Stafford was sacked twice in the game for the Rams and couldn’t get the offense moving. He was 22-for-33 with 187 passing yards and a touchdown pass to Cooper Kupp, who finished with eight catches for 79 yards.

McCaffrey made his debut for the 49ers in their 44-23 loss to the Kansas City Chiefs last week. He had 38 rushing yards on eight attempts and two catches for 24 yards. His trade was one of the biggest of the season so far with rumors about more trades rumbling throughout the NFL world. 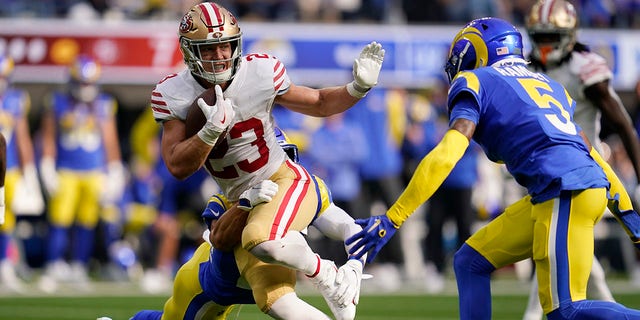 The win for San Francisco made them 3-4 on the season. Two of their three wins include victories over the Rams. The 49ers haven’t lost to the Rams in the regular season since Dec. 30, 2018.

The defending Super Bowl champions now fall to 3-3 on the season.