Christine Quinn strives to look like ‘some variation of a Barbie’: ‘It has just this flawless aesthetic’

Quinn recently revealed her blonde hair and overall styling choices are part of her larger goal to look like the popular doll. Quinn explained she has always been interested in skin care, makeup and hair since she was a teenager, noting she would often do not only her own hair and makeup, but also her friends’.

That love of creating an aesthetic has followed her into adulthood with a goal to always look like a version of Barbie.

“It’s always some variation of a Barbie, you know, whether it’s golf Barbie, or it’s Sharon Stone Barbie, whatever Barbie it may be at that point in time,” she told Allure.

Quinn revealed she is always striving to look like Barbie. (Filmdigitals/Mega/GC Images)

“It has just this flawless aesthetic that I always strive to.”

Part of achieving the Barbie aesthetic is the platinum blonde hair, something Quinn has been able to achieve by bleaching her hair since she was 14. She admitted this caused damage to her hair and took a lot of time, especially while working on “Selling Sunset,” leading her to find another way to get the same look.

“I have such a love-hate relationship with my blonde hair. I’ve been bleaching my hair for years, since I was probably 14 or 15 … and with that comes damage,” Quinn explained. “With ‘Selling Sunset,’ when I was shooting, we were doing my hair every day, if not two times a day. And so it just became a lot. And then I discovered high-lift color, and I’ve been doing that ever since then.”

When she was younger, Quinn said she got good at bleaching and dying her own hair, along with knowing how to style it and would even highlight and color her friends’ hair. She was always trying to keep up with trends, recalling the trend of putting Wet ‘n Wild eyeliner on the waterline of her eyes.

Her passion for doing her own makeup has continued in her adult life. Quinn said she sometimes will still create her own look for major events and red carpets, like Paris Fashion Week. 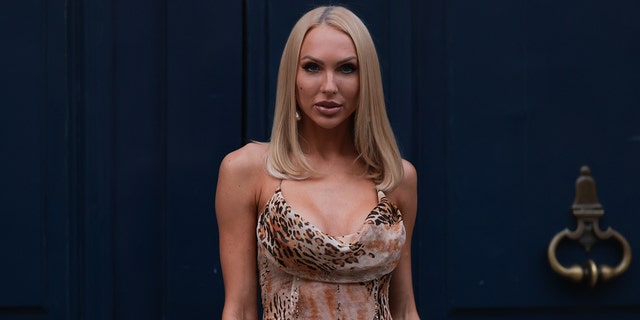 Quinn revealed she sometimes does her own hair and makeup when attending red carpet events. (Jeremy Moeller/Getty Images)

“That’s something that I still kind of carry out to this day. Even when I was at Fashion Week recently, I did 90% of my own makeup, and I did my hair probably a few times because I still love to do it,” she explained. “There’s nothing like doing it yourself if you know the look that you want to achieve.”

As someone whose aesthetic is so important to her, Quinn is ready to try anything when it comes to keeping herself looking youthful. Although she “can’t do anything about'” getting older, she “thank(s) God for Botox and fillers” for helping her through the process.

“I was actually in France at a dinner with Julia Hobbs from Vogue who has the most beautiful glass skin I’ve ever seen,” Quinn said. “And I was like, ‘Tell me everything.’ And she’s like, ‘I do yellow light therapy three times a week.’ I was like, ‘Oh my gosh, on it.’ So I immediately went on Amazon. I got this light that I made sure has yellow therapy. And I’ll try to do that when I’m home.”

Since announcing she will not return for the next season of “Selling Sunset,” Quinn said she is trying to focus more on modeling and furthering her career. She is signed with IMG Models and has deals with Marc Jacobs, Balenciaga, Amazon and Samsung. 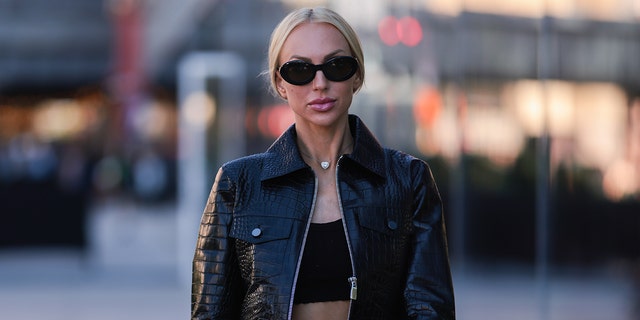 Quinn is signed with IMG Models and is pursuing a modeling career. (Jeremy Moeller/Getty Images)

“Fashion and beauty has just been my realm forever. … I love anything that’s glam and can make your life easier.” Quinn said. “I just love the beauty industry because it’s constantly evolving and making people feel like the best versions of themselves. I think that’s what’s so alluring.”