Kawhi Leonard is back on the court, and his presence immediately vaults the Los Angeles Clippers to contenders in a loaded Western Conference.

Anfernee Simons (1) of the Portland Trail Blazers defends Kawhi Leonard (2) of the LA Clippers during a preseason game Oct. 3, 2022, at the Climate Pledge Arena in Seattle.  (Michael Gonzales/NBAE via Getty Images)

“It was great,” Leonard said of playing again, according to ESPN. “Just being able to put all that hard work that I did throughout the 14, 16 months, just able to put it to test and playing against NBA talent, it was good.

“Just being out there with the guys and talking, I missed it. It was a great experience for me.”

Leonard sat out the entire 2021-2022 NBA season after tearing his ACL in the 2021 NBA Playoffs against the Utah Jazz.

His absence led to the Clippers having an up-and-down season, going 42-40 in the regular season and losing both games in the NBA’s play-in tournament. 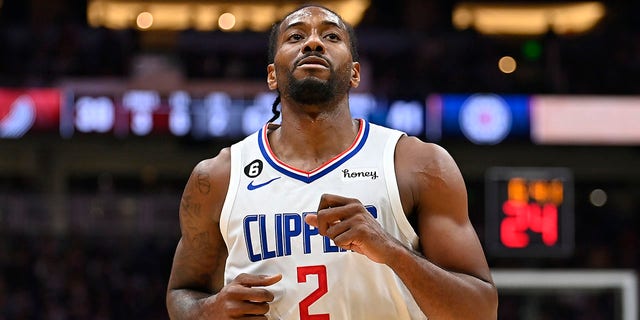 Kawhi Leonard of the Los Angeles Clippers looks on during the first half of a preseason game against the Portland Trail Blazers at Climate Pledge Arena Oct. 3, 2022 in Seattle. The Clippers won 102-97.  (Alika Jenner/Getty Images)

“The body feels good,” Leonard said. “Obviously, I am not going to be playing 35 minutes, 38 minutes to start, so it is going to be a little shaky early, probably. But, like I said, it is a journey, it’s a process, and that is what I am about.”

The Clippers also had to endure an injury to Paul George last season, who suffered a torn UCL and played in just 31 games.

With both George and Leonard healthy, the Clippers enter the season as one of the favorites to win the NBA championship, which would be the franchise’s first. 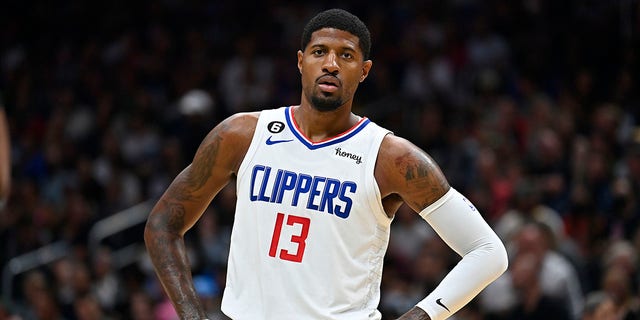 Paul George of the Los Angeles Clippers looks on during the first half of a preseason game against the Portland Trail Blazers at Climate Pledge Arena Oct. 3, 2022 in Seattle. The Clippers won 102-97.  (Alika Jenner/Getty Images)

“I’m real excited,” George said, according to Clutch Points. “I’m more excited, obviously, with him being healthy. That’s first and foremost. I seen his whole work throughout the whole [recovery] — the second he got injured to the work he put in this off-season, going into this season.

“Really excited for him to get a chance to do what he loves to do and get back on the court. Obviously, after that, it’s the excitement of getting to play with the best two-way player in the game.”