University of Indiana basketball player Anthony Leal is one of many student-athletes that can now secure NIL (name, image, likeness) deals to make money while in school.

This holiday season, he decided to give a very thoughtful gift to his sister, Lauren, using funds made from them.

Lauren Leal sat on the couch as she opened a card from her brother and read what was inside.

Anthony Leal #3 of the Indiana Hoosiers celebrates after defeating the Wyoming Cowboys 66-58 in the First Four game of the 2022 NCAA Men’s Basketball Tournament at UD Arena on March 15, 2022 in Dayton, Ohio. (Emilee Chinn/Getty Images)

“Hey sis, I wanted to let you know how much I look up to you and admire who you are. Your soul is beautiful and you are the best role model ever. There is no doubt that I have made it to where I am today because of you. Someone like you deserves no burdens or restrictions in life and I feel like the best way to help you with that is by paying off your student loan debt.”

Lauren Leal couldn’t even finish the last sentence there because of shock, looking at her brother and saying, “I don’t even know how much that is.”

The Leal family posted the video to Twitter, where Anthony wrote, “Some folks have negative opinions about NIL. But without it, things like this wouldn’t be possible…” 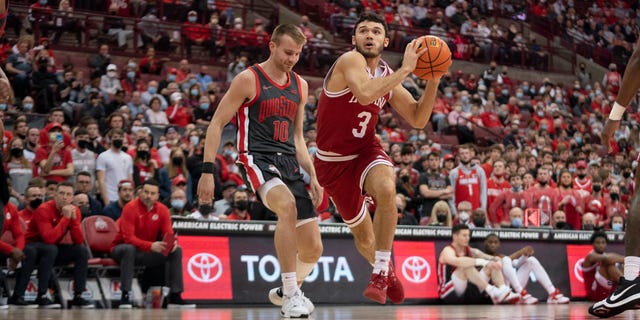 Lauren Leal responded to her brother’s tweet confirming her shock after reading the card.

“Never in my life have I felt this level of shock,” she said. “I was so stunned and absolutely speechless before my tears flowed. Saying “thank you” will genuinely never be enough! Merry Christmas.”

Effective July 1, 2021, the NIL policy was approved by the NCAA. From there, the “should college athletes be paid?” argument got a definitive answer, as student-athletes in every sport began signing lucrative deals. 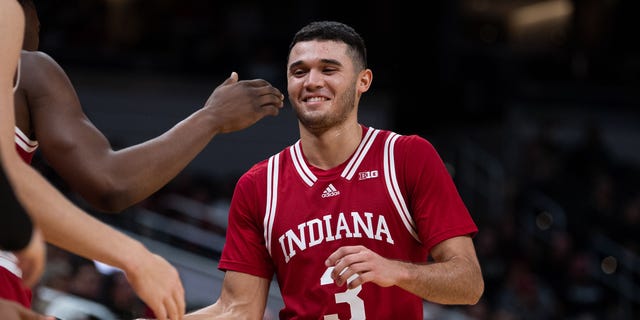 Indiana Hoosiers guard Anthony Leal (3) walks on the sidelines during the mens college basketball game between the Indiana Hoosiers and Notre Dame Fighting Irish on December 18, 2021, at Gainbridge Fieldhouse in Indianapolis, IN.  (Zach Bolinger/Icon Sportswire via Getty Images)

Leal, a Bloomington, Indiana native, remained in his home state to further his basketball career. The 6-foot-5, 210-pound guard is currently in his third year with the Hoosiers.