Corgi survived shot to the head in Pennsylvania: ‘lucky to be alive’

An 8-year-old corgi from Pennsylvania is still alive despite being shot between the eyes after running away from the breeding farm where he lived.

After the dog named Arthu

Veterinarians cleaned the dog’s wound and took x-rays, and discovered it was a gunshot wound between his eyes. (pspca/Instagram)

r suffered a blow to the head, he crawled under a fence to a family farm in Lancaster County. Arthur was found at the farm on July 14 and the Pennsylvania Society for the Prevention of Cruelty to Animals (PSPCA) was called.

He was weathered and flea-bitten, and the family assumed the injury on his head was from the fence, but veterinarians later identified it as a bullet wound. On July 18, the pooch was taken to Mainline Animal Rescue, a PSPCA affiliate.

The PSPCA shared the news of Arthur’s recovery on social media. 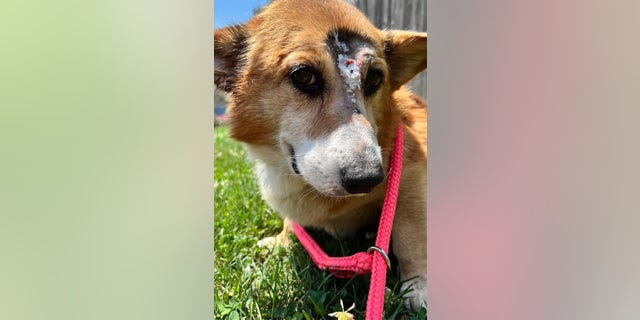 An 8-year-old corgi named Arthur is still alive despite being shot between the eyes. (PSPCA/Instagram)

“Arthur is lucky to be alive. And that is not an understatement. He was shot between the eyes and seemingly left for dead,” the agency wrote on Instagram.

Veterinarians had cleaned the wound and took x-rays, and discovered it was a gunshot wound between his eyes.

“Arthur had been shot at an angle that miraculously missed his brain,” the PSPCA wrote. “The bullet left a hole in Arthur’s head & caused damage to his airway passages and mouth. He was covered in fleas, had ear infections and was anemic. But, he was alive.”

The PSPCA Humane Law Enforcement team is investigating the incident. 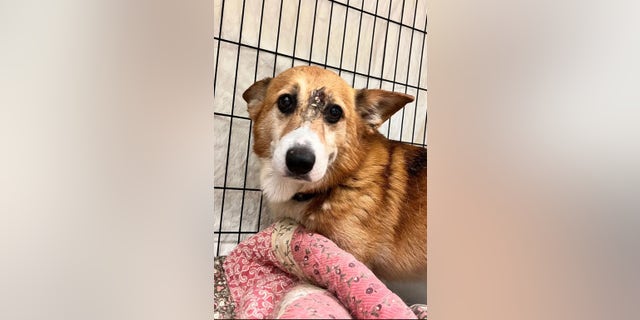 The dog was found on July 14 in Lancaster County after crawling under a fence. (PSPCA/Instagram)

It was not clear who shot the animal, but his previous owners have been ruled out as suspects. The PSPCA believes the suspected shooter resides in Lancaster County.

The prior owners, who run a breeding operation, released the corgi to the agency’s care. The dog is now known as “Arthur, The Survivor.”

Arthur has been staying in the hospital receiving treatment with antibiotics. 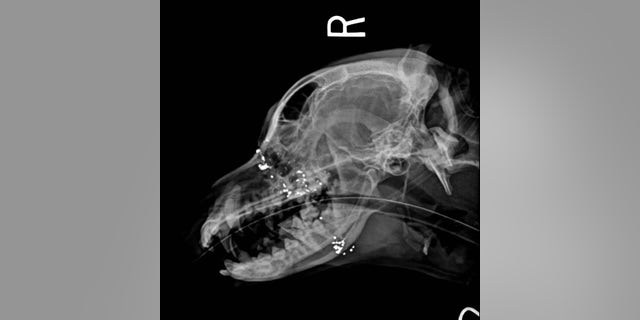 Veterinarians cleaned the dog’s wound and took x-rays, and discovered it was a gunshot wound between his eyes. (pspca/Instagram)

The organization said it remains hopeful that Arthur would make a full recovery, but there are still bullet fragments in his wound that may require specialty care.

The PSPCA described him as “the most gentle and friendliest boy.”

“Everyone loves him, and we’ve learned that he loves chicken nuggets. We have a feeling he’ll be getting a LOT of those,” the agency wrote.

“We cannot imagine why anyone would shoot such a wonderful dog,” the PSPCA continued. “But, our officers will do everything they can to find out. And while they do, we’ll spend our days spoiling Arthur & telling him what a good boy he is.”