Last week, a photo resurfaced of a 14-year-old Jerry Jones with a group of students at his alma mater, North Little Rock High School, protesting six Black students in the process of integrating the school.

Jones said he was not actively protesting but rather was there as “more of a curious thing.”

Dallas Cowboys quarterback Dak Prescott admitted on Thursday that he has not “fully processed” the photo and any potential controversy surrounding it, but he gave the team’s owner the benefit of the doubt in a lengthy response to reporters.

“Obviously, we can be more empathetic and give grace to one another, regardless of race,” Prescott said. “From the times we’ve come from to where we are now, thinking about the growth we’ve had. That’s who I am, how I think, optimistic. I mean [as] a guy who is completely biracial, Black and White, it’s easy for me to speak on race on one side or another. … I don’t know if I’ve fully processed it all the way, honestly.”

“In the same sense, it’s 65 years ago and how times have changed,” he continued. “I mean, look at the man’s resume since then, right? As I said, I give grace. I think that’s a conversation and question not only for him but for you guys and how you all feel and how accountable you all have been in covering and discussing the disparities and differences in race.”

“As I said, I’m here for growth and giving grace and trying to make this world a better place,” Prescott added. “That’s who I am at my core and what I believe in. Unfortunately, things come up from the past, pictures, and they show how far we’ve come, but at the same sense, they’re a reminder of how short of a time that was ago. That wasn’t that long ago that we were all sitting on different sides, and we weren’t together. But as I said, I wouldn’t be here if it were still that way. So, I believe in grace and change. Those are questions for Jerry for you all, honestly, that I don’t have quite the answers for.”

The protest, which was shortly after the Little Rock Nine event just a few miles away, was “successful” in the event that the six students went to another school, and North Little Rock was not officially integrated until 1964.

“That was, gosh, 65 years ago, and curious kid, I didn’t know at the time the monumental event that was going on,” Jones said Thanksgiving night. “I’m sure glad that we’re a long way from that. I am. That would remind me: just continue to do everything we can to not have those kinds of things happen.” 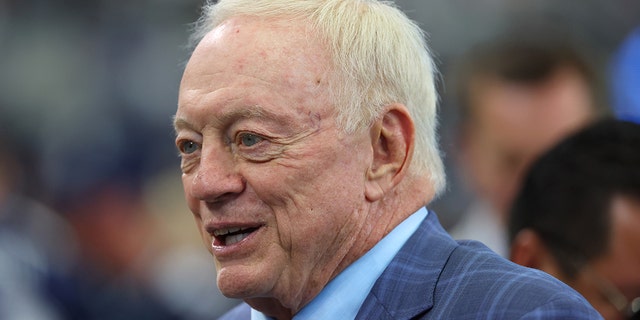 The Cowboys are 8-3 and face the Indianapolis Colts on Sunday.