In late July, the House of Representatives gaveled in and, within hours, rushed through legislation that purported to “codify the findings of Obergefell v. Hodges and its 2015 redefinition of marriage.

Rather than defend the institution of marriage, many Republicans chose to run for the hills – calling the move a political stunt, opting to criticize only the absence of regular order or a semblance of the legislative process in lieu of defending a basic natural truth.

Worse yet, Senate Republicans seem even more bent on surrendering than before the election, when a handful of Republican senators announced their support for redefining marriage. Now a window-dressing compromise amendment that simply restates that people of faith have existing religious liberty and conscience protections in the Constitution and federal law threatens to provide the 60 votes necessary for passage.

Simply regurgitating that which already exists does not and will not stop the radical left from dragging good people through the court system and a public tarring and feathering in the media for those simply living their lives in fidelity to God.

It’s bad enough that five members of the Supreme Court wrongly claimed that the U.S. Constitution requires a new definition of marriage, but if the Senate votes to codify this redefinition of marriage, all it will do is add fuel to the fire of those harassing and penalizing citizens and organizations that hold to the truth about marriage.

The Senate bill pays lip service to religious liberty and conscience rights, but it does not offer any meaningful protections for those rights. Had the Senate sponsors wanted to, they could have explicitly stated that no individual or organization could be penalized by the government for operating according to the conviction that marriage unites husband and wife – particularly that the IRS may not strip any such organization of its nonprofit status. 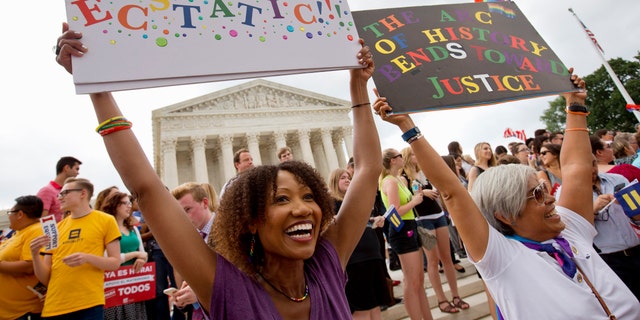 Demonstrators celebrate outside the Supreme Court in Washington, June 26, 2015, after the court declared that same-sex couples have a right to marry anywhere in the U.S. (AP Photo/Jacquelyn Martin)

But the bill offers no such protections. It is not a compromise, not even a bad compromise. It enshrines a false definition of marriage in our law and then tells people they can have their day in court if and when they get sued. That’s not public policy for the common good.

Republican senators must hold strong and defend what is true and good. Marriage is a natural and supernatural institution before it is a political institution. Human law should reflect the natural law and eternal law. No senator should vote to allow the government to redefine what marriage is.

Marriage serves as the cultural pace car that both determines and reflects the health of American society and culture at-large. The future of this country depends on the future of marriage. 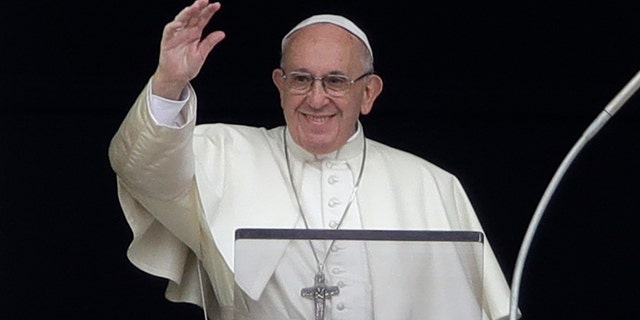 Pope Francis has said children have a right to a mother and a father. (AP)

Marriage is a natural institution that predates government. It is based on anthropological truths that men and women are distinct and complementary. It is based on a biological fact that reproduction requires both a man and a woman. And it is based on a social reality that children deserve both a mother and a father. Or, as Pope Francis once said, that children have a right to a mother and a father. Marriage increases the odds that a man will be committed to both the children he helps create and to their mother.

Because it is so vital to our society, and especially its most vulnerable members, marriage is not something that can be legislated about in a day without consequence. In the seven years since the Supreme Court short-circuited a national conversation on marriage, American culture has changed at a breakneck speed; it would be virtually unrecognizable to even recent generations.

Despite the continued insistence by members of Congress and unelected justices, millenniums of truth cannot simply be overruled or redefined to fit the socially pressured activist views of the day. 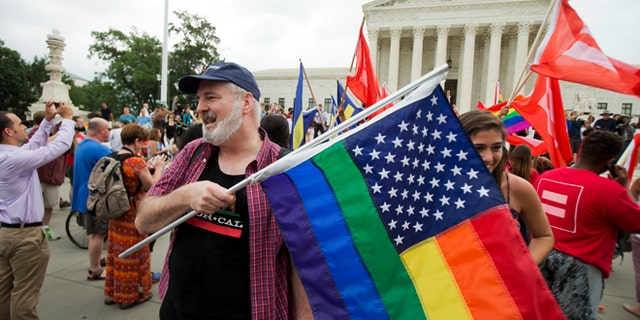 The law cannot be neutral on marriage. It can either affirm truth or promote distortions.

The foundational truth will always remain – marriage is between one man and one woman. No act of Congress can change that, though it can make it harder for citizens to understand and embrace the truth. Even worse, it can lead to the government penalizing those citizens and organizations who do embrace the truth. This is why it is so outrageous that the bill includes no explicit protections for such citizens.

Those who see and know the truth have a moral duty to stand firm in its defense and to defend the institution of marriage. Doing so against the grain of cultural and political pressure to cower and compromise takes courage; the question is how many Republicans will display it when this bill comes to the floor for a vote.

Ryan T. Anderson is the president of the Ethics and Public Policy Center and the author of several books, including “What Is Marriage? Man and Woman: A Defense.”