EXCLUSIVE: Florida GOP Gov. Ron DeSantis‘ team has a clarification about a super PAC boosting him as a candidate in the 2024 presidential race and the future of the Republican Party.

In a letter sent Friday to DeSantis’ donors, Benjamin Gibson, legal counsel for DeSantis, said he had “recently learned through media reports that a super PAC apparently named ‘Ron to the Rescue’ (‘PAC’) is being formed reportedly ‘in order to boost a potential 2024 presidential run from Governor Ron DeSantis.’ This is similar to other ‘pro-DeSantis’ PACs that have formed and continue to use Ron DeSantis’ name and likeness to raise funds without his permission or authorization.”

“Whether well intentioned or not, the organizers of these PACs have not been in contact with DeSantis leadership and such efforts may create confusion amongst supporters of the Governor and his policies,” Gibson wrote.

In an effort to boost a run by DeSantis for president in 2024, the PAC states on its website that America needs “someone with the bravery of President Lincoln, the charm of President Reagan, and the determination of President Trump.” DeSantis has not announced a run for presidency.

GOP MEGADONORS WANT TO MOVE ON FROM ‘THREE-TIME LOSER’ TRUMP, LOOK TO BACK DESANTIS IN 2024 PRESIDENTIAL BID

The PAC, noting DeSantis’ “historic near 20% margin victory” over Democratic gubernatorial candidate Charlie Crist in the Sunshine State’s Nov. 8 gubernatorial election, said it “is clear that Governor Ron DeSantis is the frontrunner to restore American Exceptionalism and once again put America First!”

The PAC was reportedly founded by GOP strategist John Thomas, who serves as founder and president of the political advertising and strategy group Thomas Partners Strategies. 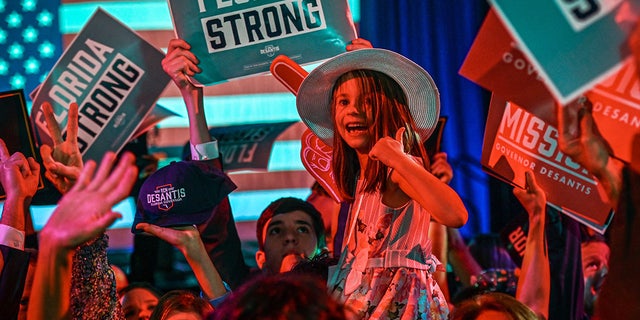 Supporters of Republican gubernatorial candidate for Florida Ron DeSantis cheer during an election night watch party at the Convention Center in Tampa, Florida, on November 8, 2022. (GIORGIO VIERA/AFP via Getty Images)

In an interview with Business Insider last week, Thomas said DeSantis’ performance in the Florida midterm elections was “the perfect cascading of events politically for the governor.”

The PAC has also been busy at work producing ads that tout DeSantis’ leadership in Florida and would boost his candidacy should he seek the GOP nomination for president in 2024.

Thomas said that as a super PAC, Ron to the Rescue does not coordinate or communicate with the governor.

“The intention of our group is to lay the groundwork and harness the energy for Ron DeSantis so that he may hit the ground running if and when he decides to officially run,” Thomas said.

“Since the Governor is not a candidate for President at this time, we’ve stepped up to the plate to advocate and organize Americans who feel passionately that we need Ron DeSantis leading our nation. We view it to be of critical importance to organize and communicate with Americans now so that Donald Trump and other potential Republican candidates do not gain any advantage in the meantime. Since our launch, we have been encouraged and thrilled with the outpouring of support from Americans across the nation who want and believe Ron Desantis should be the next President of the United States,” Thomas told Fox News Digital. 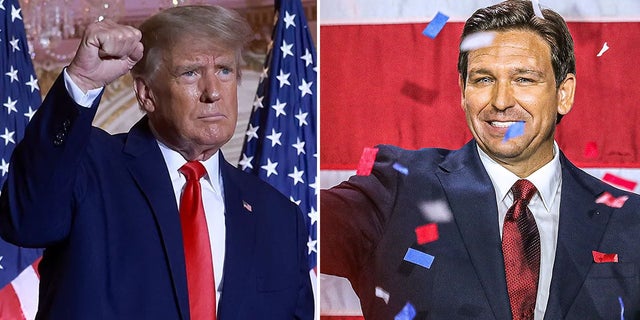 While DeSantis has not signaled whether he would run for president in 2024, several Republican strategists and voters are urging him to enter the race after former President Donald Trump announced a third bid for the White House this week.

At a rally earlier this month, Trump mocked DeSantis and referred to him as “Ron DeSanctimonious” in what appears to be a sign of growing tension.