Elle King took to her Instagram story Thursday to share that she recently fell down stairs and suffered a concussion.

“Just wanted to check in with a quick update and apologize to my fans in Tampa, Detroit, and Seattle. I share your disappointment that I had to cancel my radio shows this week,” she wrote on Instagram, addressing her canceled shows.

“No one ever wants to pull out of shows, especially me. I live for performing.

“I slipped down the stairs making a bottle in the middle of the night, knocked my a– out, resulting in a concussion,” added King, who welcomed son Lucky Levi Tooker in September 2021 with fiancé Dan Tooker.

“I tried to push through and played 3 shows, but the travel, lights, all of it only exacerbated things,” she shared.

The daughter of actor and comedian Rob Schneider thanked the artists who stepped in and took over her performances, as well as her fans “for their understanding and continued support.”

“I wish you all happy and healthy holidays and I can’t wait to get back out next year and sing with you soon,” she concluded her post.

A rep for King shared that “all is well. Elle is resting and recuperating at home and looks forward to ringing in the New Year here in Music City at ‘Nashville’s Big Bash.'” 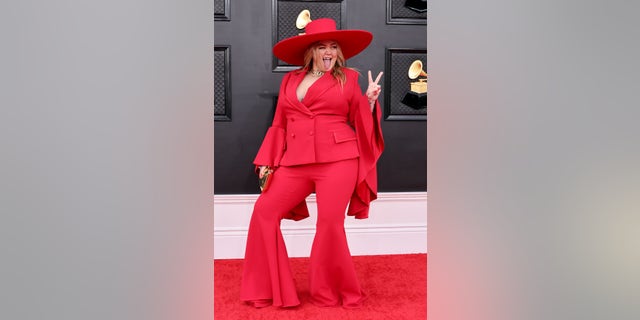 Elle King said she fell down stairs preparing a bottle for her son in the middle of the night. (Amy Sussman/Getty Images)

“Well, Loretta Lynn was a very outspoken woman at a time where women were not saying the things or doing things or singing songs the way that she did,” she said. “I feel like that paved the way for women like me.