Musk tweeted, “Cancel culture needs to be canceled!!” in response to a clip from CNBC’s “Squawk Box”.”

The CNBC host Joe Kernen spoke to AEI president emeritus Arthur Brooks about criticism Musk has faced since his acquisition of Twitter.

Kernen observed how the country is being torn into two and the two sides are moving “further apart.”

“We are so far apart on how we view the world, Arthur. Is this Twitter’s fault in the first place?” he asked.

Many on the left are sounding the alarm about Elon Musk’s Twitter takeover.  (FOX)

ELON MUSK SCORCHES MEDIA FOR BEING ‘AGAINST FREE SPEECH,’ ASKING WH TO MONITOR TWITTER: ‘THIS IS MESSED UP’

Brooks responded that most Americans are not interested in the culture war and how it is a small percentage driving this friction.

“Three percent of your employees are activists instead of working, and they’re blowing up your Slack channel right now demanding that you get involved in a culture war and make political statements. Don’t do it!” Brooks warned viewers. “The rest of your employees are feeling bullied as well. Their co-workers are being bullied by these activists, it’s time for us to say ‘I will not be conscripted into America’s culture war!.”

He continued, “We don’t hate each other in this country-I’ve got the data Joe. Ninety-three percent of Americans say they hate how divided we’ve become as a country, those other 7% that doesn’t hate it, those are the activists saying if you buy a Tesla it means that somehow you believe in hate speech, it’s completely absurd, and it’s total bullying.”

WHITE HOUSE SLAMMED FOR PLEDGING TO KEEP A ‘CLOSE EYE’ ON ‘DISINFORMATION’ ON TWITTER: ‘ABSOLUTELY INSANE’

Many commentators rejoiced at Musk’s tweet, praising it or offering their own ideas about what should be done going forward.

Radio producer Heather Hunter suggested that the people who go out of their way to express hatred all too often are politically intolerant themselves.

“If I had a dollar for all of the ‘Hate Has No Home Here’ signs in the DC area neighborhoods, I would be rich. You have never met a more hateful and intolerant people than people who want to call everyone else hateful,” she wrote. 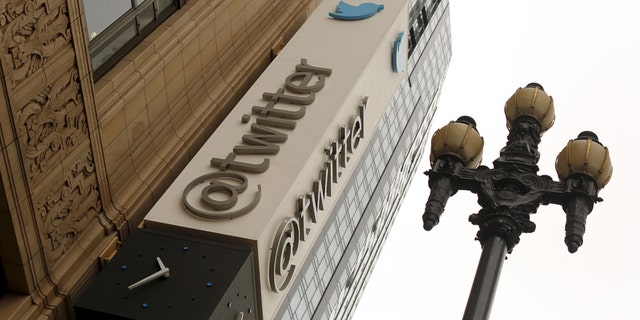 The Twitter logo is shown at its corporate headquarters  in San Francisco, Calif. April 28, 2015. (REUTERS/Robert Galbraith)