ESPN broadcaster Stephen A. Smith is one of the most well-known sports personalities in the industry and has had the ability to talk about everything and anything in that realm while making a comfortable living doing so.

Smith earns about $8 million per year under his current contract with ESPN, the New York Post reported in 2021. The report noted that he also has a “$4 million-per-year production” contract as well. The Athletic reported that Smith’s total compensation is $12 million.

ESPN’s Stephen A. Smith talks on his phone during Game 2 of the NBA Finals between the Boston Celtics and the Golden State Warriors on June 5, 2022, at Chase Center in San Francisco, California. (Mercedes Oliver/NBAE via Getty Images)

Ahead of Game 1 of the World Series between the Houston Astros and Philadelphia Phillies on Friday, Smith and the “First Take” panel discussed the absence of U.S.-born Black players on the rosters of either team for the first time since 1950. The note was highlighted in an Associated Press piece. 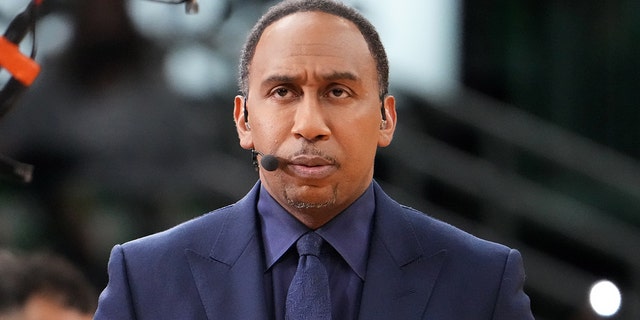 Stephen A. Smith looks on before a game between the Lakers and Celtics on Nov. 19, 2021, in Boston. (Jesse D. Garrabrant/NBAE via Getty Images)

“And so when you look at it from that perspective, and of course people look at me, I’m not talking about me even though, I got news for you, I am underpaid compared to some people on television what they get paid, but that’s a subject for another day. I ain’t apologizing for that to a damn soul. I am underpaid. Having said all of that, it ain’t about me.”

Smith has been in the industry for years and seemingly has several assignments at ESPN other than just “First Take.” 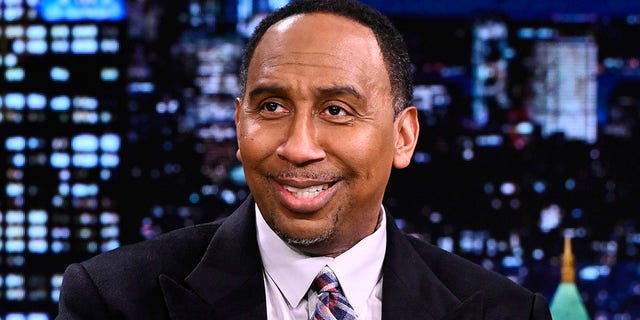 Stephen A. Smith during an interview on “The Tonight Show with Jimmy Fallon” on Sept. 22, 2022. (Paula Lobo/NBC via Getty Images)

According to Audacy, he is one of the highest-paid broadcasters in sports.