You are what you eat.

Melissa Suriano of Mesick, Michigan, seemed to take the phrase to a whole new level after she surprised her son recently with a dinner that was pretty personal.

Suriano presented her 17-year-old son, Collin, with a large meatloaf that resembled his face.

The mom included shredded cheese for the hair, green olives for the eyes, red peppers for the eyebrows and white onions for the teeth.

Melissa Suriano of Michigan made this meatloaf and crafted it to look like her son, Collin — complete with shredded cheese hair, olive eyes and onion teeth. (Kennedy News)

Melissa Suriano told Kennedy News and Media that the personalized dinner was a thank-you to her son for the way he helped her around the house when she started a new job.

He also helped take care of his younger brother, Boston, who has special needs, and organized the family basement, which his mom described as “really messy.”

JUST ‘PLANE’ BAD ETIQUETTE: AIRLINE PASSENGER DRAPES HER LONG, THICK HAIR OVER THE BACK OF HER SEAT

“I wanted to make him happy and made him a meatloaf to show my appreciation for what he does,” she said about her son. 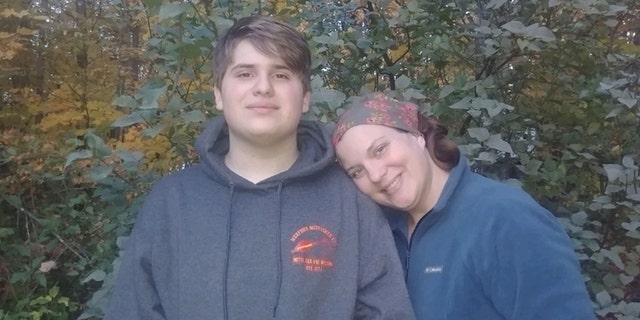 “I thought it would be fun to make it look like him because we had a special celebration dinner,” she said.

Collin Suriano apparently was stunned by the presentation that bore such a close resemblance to his face. 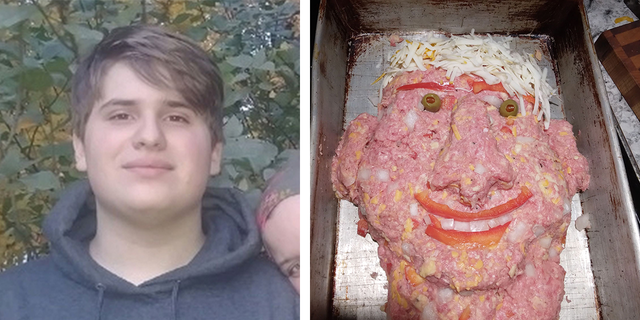 Collin Suriano next to this meatloaf Doppelgänger made by his mom, (Kennedy News)

Once the meatloaf was cooked and served, he told Kennedy News that it felt “weird” to see a likeness of himself being eaten.

Even though the teen found humor in the gesture, he also questioned why he couldn’t have a “normal” mom.

GAME ON! CHECK OUT THESE MIND-BENDING PUZZLES AND OPTICAL ILLUSIONS

“At first I found the whole thing extremely funny — like the whole fact that she sculpted my face off a photo into a meatloaf,” he said about his mother’s efforts. 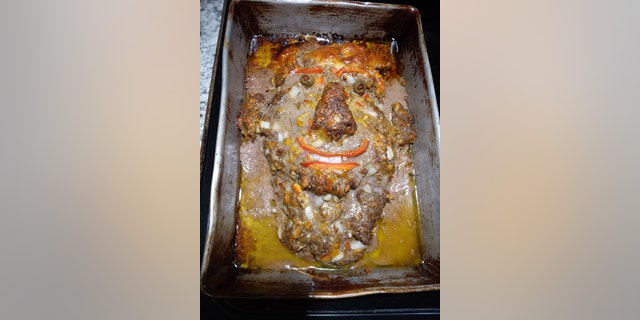 The lookalike meatloaf made by Melissa Suriano of Michigan is shown after it was cooked. Collin Suriano admitted that the meatloaf his mother made “wasn’t really that good” — which he thought was the funniest part of all.  (Kennedy News)

“I don’t think any other mother in the world has done that before, which makes it really weird, but it’s a good weird,” he also said.

The 42-year-old mom of four, who works as a behavioral technician for children with special needs, described Collin as a “good young man” — and said that “deep down” she knows he really loved her meatloaf masterpiece.

“Are you going to have second helpings? You’re really going to be full of yourself.”

“His brother started teasing him about it and saying silly things like, ‘Are you going to have second helpings? You’re really going to be full of yourself.'” she said. 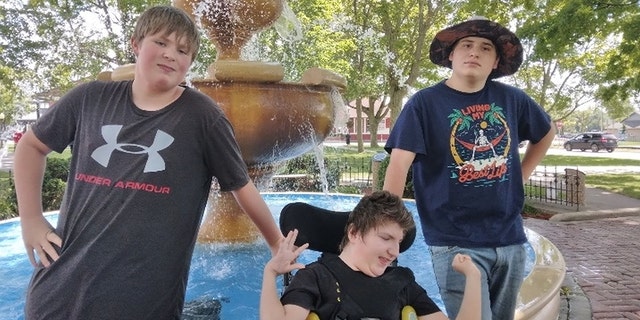 Three of the four Suriano brothers pose for a photo. (Kennedy News)

“[Collin] said, ‘Nobody would ever do this but you. Why can’t I have a normal mom?'”

“But it was funny, and he was teasing,” said the mom.

“He wasn’t angry about it.”

Collin Suriano admitted that the meatloaf “wasn’t really that good” — which he considered the funniest part of the whole story. 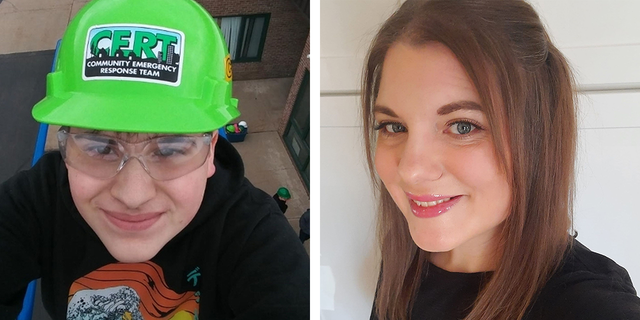 Seventeen-year-old Collin Suriano and his mom, Melissa Suriano, of Mesick, Michigan. “Collin is just sweet, helpful and kind,” she said of her son. (Kennedy News)

The single mother and widow praised Collin for stepping up to help in recent years, especially given that she lost her partner 13 years ago.

“Collin is just sweet, helpful and is very, very kind,” she said of her son.

“He is in the middle of four brothers … and this young man has grown up and he’s helped.”

“I don’t have to ask him, and he always does the right thing,” she said.

Angelica Stabile is a lifestyle writer for Fox News Digital.