Now turning to a Senate race everybody’s watching, Pennsylvania, where Democrat John Fetterman and Republican Mehmet Oz are in a tight race.

Fetterman has been reaching out to White noncollege voters — but so far a majority of them in our Fox News Voter Analysis are choosing Oz. 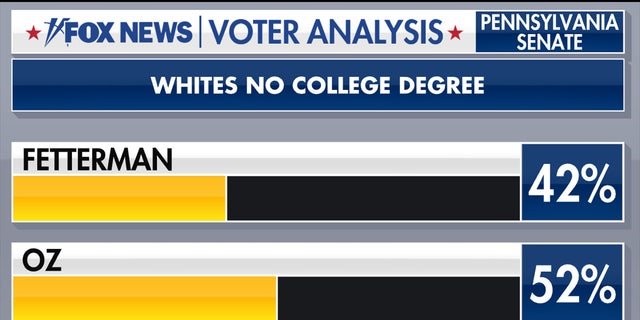 Pennsylvania voters who are white and hold no college degree on who they support for the Senate. (Fox News)

MIDTERM ELECTIONS 2022 ARE UNDERWAY AS VOTERS HEAD TO POLLS, CONTROL OF CONGRESS IS ON THE BALLOT

Fetterman’s supporters, on the other hand, are more enthusiastic about their candidate — 51%. 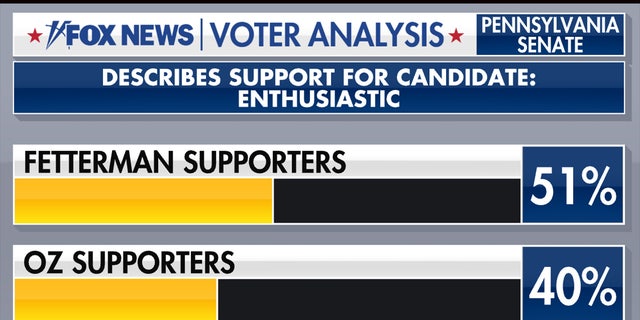 That is compared to only 40% who say they are enthusiastic for Oz. 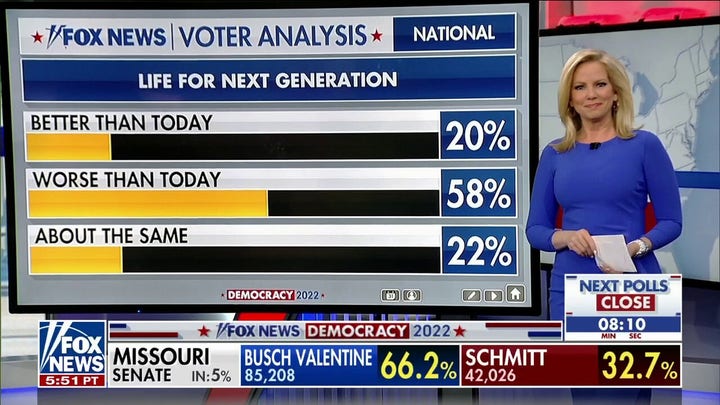 This state was one of the most contentious in 2020 and looks like it could be again – some poll closings have been pushed back and lawsuits already filed. 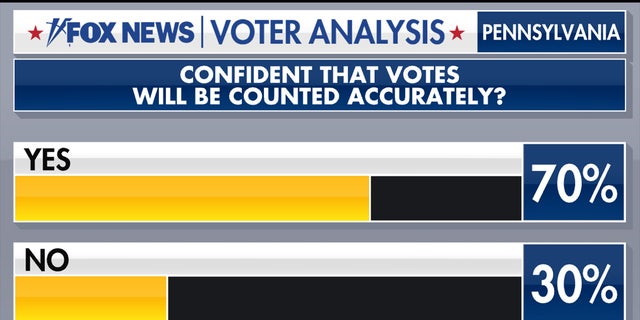 Pennsylvania voters on whether they’re confident votes will be counted accurately. (Fox News)

But a majority of voters so far say they’re confident their votes will be counted accurately – 7 in 10 are optimistic, while less than a third are not.

Turning back to our national results, an unsettling find is that nearly 6 in 10 think life for the next generation of Americans will be worse than life today. 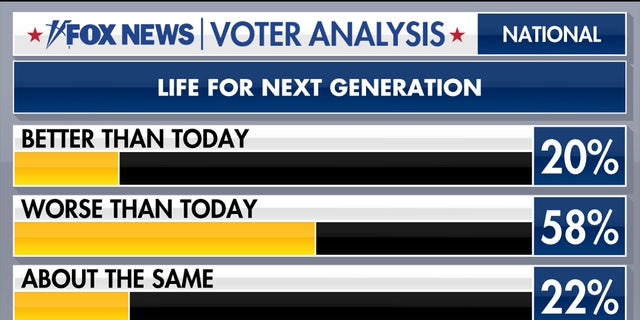 That’s a gloomy electorate for incumbents.

More on the Fox News Voter Analysis to come – stick with Fox News Channel and Fox News Digital for updates.