The New York Giants’ offense suffered a tremendous loss Monday when Sterling Shepard was injured on a non-contact play during a game against the Dallas Cowboys.

Shepard appeared to get stuck on the turf at MetLife Stadium and went down in agony.

“To reiterate what I said yesterday, he’s a tremendous person. He worked so diligently to get back, and (I) feel terrible for him that he had that injury. He’s a big part of our team, and we’ll miss him out on the field,” Daboll said.

Shepard led the team in receiving as the Giants lost 23-16 to their division rivals. He had five catches for 59 yards. He only played in seven games last season, tearing an Achilles in Week 15 against the Cowboys.

While Shepard was carted off the field Monday night, some debated the cause of the injury, pointing to the turf at MetLife Stadium. 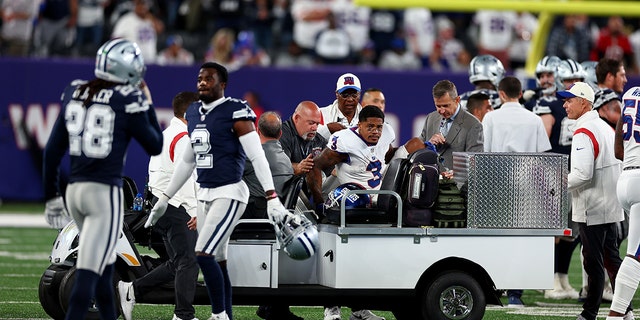 Sterling Shepard (3) of the New York Giants is carted off the field after being injured against the Dallas Cowboys during the fourth quarter in a game at MetLife Stadium Sept. 26, 2022, in East Rutherford, N.J. (Elsa/Getty Images)

“Just get rid of it all the fkngether bro. Billions made off this game I can’t understand why we can’t play on grass,” Shepard’s ex-teammate Odell Beckham Jr. tweeted. “That shxt is rough. Prayers up for my brother. Shxt just hurt my heart”

Daboll was asked whether he was told specifically about how Shepard tore his ACL by just seemingly jogging up the field.

“I’m thinking the same thing as you watch it. He’s just slowing down. It could have happened, I’m not saying it happened, you see a couple of plays before where he turns when he’s running an in-cut, and he’s extended. He went out there on the next play and did something. Again, it kind of looked like a freaky accident there,” he said.

Daboll was asked whether the turf was a factor. 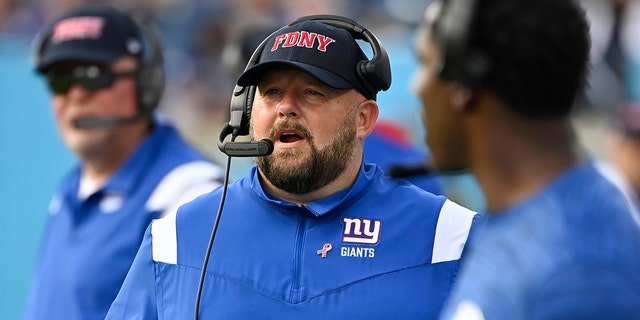 New York Giants head coach Brian Daboll watches during the second half of a game against the Tennessee Titans Sept. 11, 2022, in Nashville. (AP Photo/Mark Zaleski)

“I know there’s been a lot of studies. Not just here but probably in every stadium,” he said. “I think, again, you look at Shep’s injury it’s — he was jogging. I’m sure that throughout the season and the offseason that we’ll sit down and discuss those type of things.”

Sterling will be out for the season. The Giants fell to 2-1.

Ryan Gaydos is the sports editor for Fox News and Fox Business. Story tips can be sent to Ryan.Gaydos@fox.com.