Gisele Bündchen broke a solo sweat as she was seen leaving the gym in Miami on Monday morning without husband Tom Brady.

The 42-year-old supermodel, who was the highest-paid model in the world from 2002 to 2017, sported a matching black set while placing all of her focus on fitness amid a contentious time as she’s reportedly in the throes of marital woes with her husband of 13 years.

Bündchen was not in attendance Sunday night when the Tampa Bay Buccaneer’s lost to the Kansas City Chiefs, and she has yet to attend a game despite being a staple in the stands throughout Brady’s championship-winning career.

They are so far from seeing eye-to-eye that when Hurricane Ian descended upon the area, Brady and Bündchen evacuated with the kids to Miami to ride out the storm, but sources told Page Six last week that the couple stayed in separate homes.

Gisele Bündchen went to the gym alone amid reports of marital issues with husband Tom Brady. (They are pictured together at right in 2019.) (Backgrid/Getty Images)

Bündchen was spotted without her wedding ring on her finger as she walked out of a gym in Miami. The Brazilian beauty hid her dark blonde hair underneath a khaki-colored hat and chatted on her phone while leaving a studio in South Florida.

“They’re hitting a rough patch,” a source recently told People. “But I know they’re trying, or at least he’s trying, to figure it out and make it work. He wants to get through this and for things to get better.”

“Gisele continues to be dedicated to her kids and is working on personal projects.” 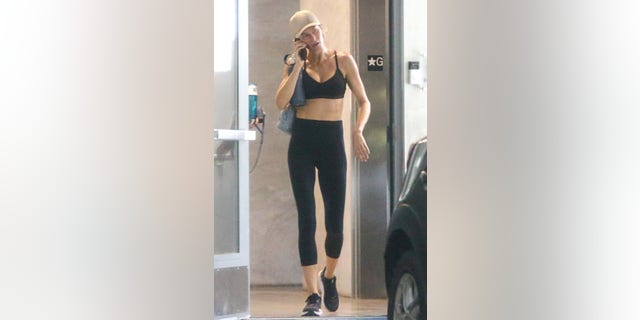 Gisele Bündchen walks out of a gym in Miami alone. The 42-year-old supermodel didn’t wear a wedding ring and hasn’t been in attendance at any of Tom Brady’s games as of late. (Backgrid)

The couple has been married for 13 years, but in 2015, Bündchen admitted that her marriage to the Tampa Bay Buccaneers quarterback almost didn’t even happen.

Bündchen and Brady had only been dating for two months when she found out that his ex-girlfriend, actress Bridget Moynahan, was pregnant with his child. Brady and Moynahan began dating in early 2004 and announced the end of their relationship in December 2006 just before she found out she was pregnant.

Bündchen wrote in her 2018 memoir, “Lessons,” that hearing about Moynahan’s pregnancy was difficult.

“The very next day, the news was everywhere, and I felt my world had been turned upside down. Needless to say, that wasn’t an easy time. But it was a time that brought about so much growth,” Bündchen said at the time. Moynahan has also since spoken out about how the public’s interest affects her today. 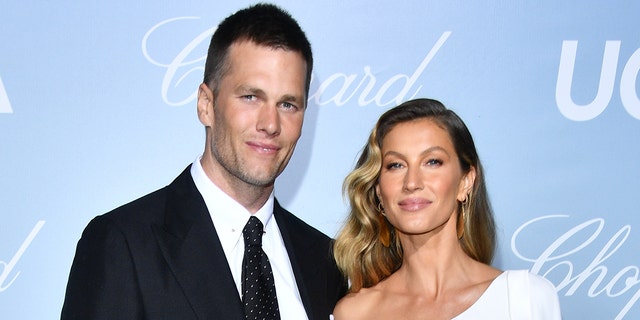 Part of the contention in their marriage is due to his decision to come out of retirement earlier this year. Bündchen assumed Brady would have more time to spend with the family following years on the road as the all-time most winning quarterback.

“Obviously, I have my concerns — this is a very violent sport, and I have my children, and I would like him to be more present,” she told Elle magazine in the October issue.

“I think this is the system we’ve been living in,” she said while addressing sexist commentary about being desperate for Brady to retire. “That’s what society has accepted and what society hasn’t accepted,” but she admitted she’s had “conversations with him over and over again” about him continuing to play at 45 years old.

“But ultimately, I feel that everybody has to make a decision that works for [them]. He needs to follow his joy, too,” she said. 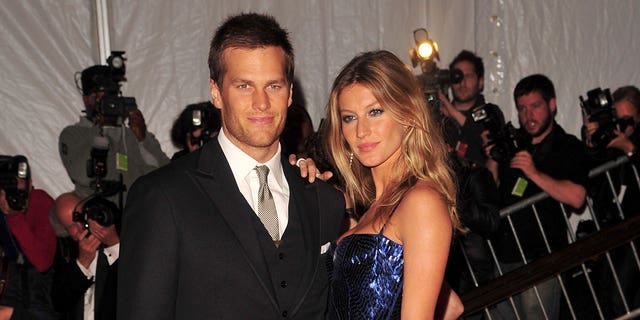 Tom Brady and Gisele Bündchen met shortly after his breakup with actress Bridget Moynahan and later married in 2009. (Chance Yeh)

Still, Bündchen seemed ready to put football behind her after uprooting her family to be there for Brady as he pursued his passion for the sport.

“I’ve done my part, which is [to] be there for [Tom]. I moved to Boston, and I focused on creating a cocoon and a loving environment for my children to grow up in and to be there supporting him and his dreams,” she said. “Seeing my children succeed and become the beautiful little humans that they are, seeing him succeed and being fulfilled in his career — it makes me happy.”

Brady, who has son Benjamin, 12, and daughter Vivian, 9, with Bündchen, also shares co-parenting responsibilities of 15-year-old son, Jack, with Moynahan.

“At this point in my life, I feel like I’ve done a good job on that. I have a huge list of things that I have to do, that I want to do. At 42, I feel more connected with my purpose.”