GREG GUTFELD: Did New York City Councilwoman Tiffany Cabán call 911 after she urged businesses not to?

Happy Thursday everyboody, you look fantastic. There I go, talking to myself again. Do you ever notice how lefty politicians never concern themselves with threats until they’re the target? I refer to police defunder, New York City Councilwoman Tiffany Cabán. Now, Cabán’s dad was an elevator mechanic, so it’s not clear why hers doesn’t go all the way to the top. But last week, she urged businesses not to dial 911 when faced with criminal activity, that’s great advice, Tiffany. Who should they call? Domino’s and hope the delivery guy is packing heat? Maybe you can scald the mugger with hot cheese.

Days before a ghoul stabbed a veteran EMT worker to death, Cabán released a public safety guide urging merchants to call 3-1-1, not 9-1-1, to seek mental health services and engage in community mediation, rather than call the cops. That’ll work, 3-1-1 what’s your emergency? Yeah, my store is being bum rushed by 100 juvenile delinquents, and they’re destroying the place, could you get a psychologist out here to talk to them pronto? They advise merchants to give the person causing harm, the chance to correct their behavior. Say, “no”, “stop”, or “that is not okay.” So you’re supposed to say the same thing to a guy robbing you at gunpoint as a girl says to a guy trying to get to second base on a first date. You’d be better off offering him a Cinnabon and a handjob. Oddly, they do go together. The guide also suggests asking the attacker if you guys went to high school together. Yes, please stop stabbing for a second, so I get my high school yearbook, I think you sat behind me in history. Now, you think someone this nuts would know that you can’t reason with crazy people? But that’s her suggestion, rather than calling the cops.

Well, guess who called the cops yesterday? Tiffany Cabán, and now she claims she didn’t call 9-1-1, probably because she forgot the number. But after receiving threatening phone calls likely over her bad ideas, she or her staff contacted the authorities.

Man, if this isn’t irony defined, you know, I wonder how that call went. “54th Precinct Sergeant Jones speaking.” “You’ll never guess who this is. It’s, it’s Councilwoman Tiffany. Hello? Hello?” True, it appears the only justice that she’s a part of is poetic. Now I’m willing to bet she didn’t reference that guide when these threats came through. Which is a shame. I mean, how would they know, threatening people is bad if she didn’t tell them it’s not okay. I bet you didn’t seek out a mental health pro either, or even give the callers a chance to correct their behavior or just hang up. I bet you didn’t call 3-1-1 either because they would tell her to call the cops. So this is a pisser, she tells victims who, unlike her, are face to face with actual physical threats not to call the cops, but that’s what she or her staff did with voicemails? Honestly, who dresses this dumb broad in the morning and packs her Wonder Woman lunchbox?

Now, make no mistake, the threats to her are bad. As my mother often said, “an eye for an eye doesn’t work, especially when you’re dealing with a person who’s already blind as —-.” You know, my mother had a mouth on her, but she was right. Now people are getting murdered, robbed and raped, and she’s out offering brochures. And then she gets a threat, and now she’s the victim, so she calls the cops, something she doesn’t want for you, because if you call them, it’s proof that the cops are 100% necessary in this f— up world that people who think like her had created in the first place. But she’s no different than the other defenders like Cori Bush, who wants cops off the streets as vulnerable citizens pay thousands for her own private security, just as Democrats deny her pro-perp ideology Corrie won’t.

REP. CORRIE BUSH ON CBS: Suck it up and defunding the police has to happen. We need to defund the police and put that money into social safety nets because we’re trying to save lives.

REP. CORRIE BUSH ON ABC: The thing about defund the police is we have to tell the entire narrative. People hear defund the police, but you know what they’ll say, say reallocate, say divest, say move, but it’s still the same thing.

DON LEMON: If you could do it again, would you still double down or use that slogan, defund?

DON LEMON: You would?

Wow. It’s like Don is interviewing his replacement. So why are so many women in power ignoring women in peril? It seems murder victims only matter if the perp used the wrong pronoun. But when you look at the crime stats, male on female violence numbers are far outweighing the reverse, and it’s getting worse, especially with rape. And yet, where is AOC or her progressive ilk? You know, they will gladly tell you about the threats against their lives, the online hate, the voicemails, and who can forget AOC narrowly escaping death when a bunch of white people with the average age of 55 came within a half mile of her office on one day? They want to sic the feds on the people when their feelings are hurt, but when it comes to protecting other women from real physical harm, they don’t give a damn. When one woman got viciously beaten by a psychopath in Cabon’s burrow, she tweeted “subway violence is a one-in-a-million event.” She literally turned a victim into a statistic and an incorrect one by far. 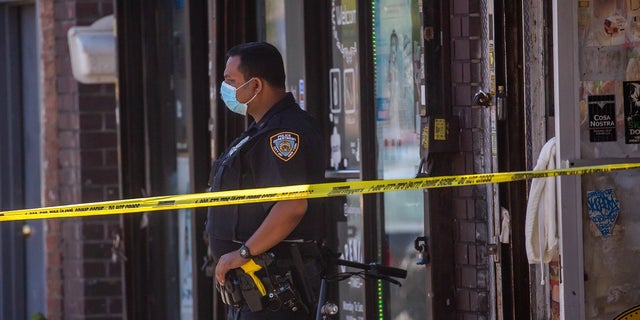 Here’s a real stat. Serious crimes rose 35.6% over last summer’s recent highs. That’s incredible. But that stat doesn’t matter because it’s probably racist. I mean, violence against women can’t matter if the perpetrator can also claim some form of victimhood. Unless it happens to her, of course, on email, social media or by phone. And so now there are more minority victims, thanks to Democrats and its left wing women who champion it, like their lives didn’t depend on it. So good luck on the subway, girls. The next time you’re attacked by a knife wielding thug, just ask who they had for gym class.