Gun sales in Massachusetts – a state with historically low firearm ownership – have skyrocketed since 2020, due in-part to people wanting to arm themselves out of fear, according to a new report.

Many customers “haven’t fully grasped the idea of wanting to own a firearm for defensive purposes, but something brought them here,” Cape Gun Works owner Toby Leary told local outlet WBUR. “They feel like they’ve been spurred to do it based on what they see, or their own personal feelings about the world.”

Leary said many of his customers during the pandemic and following months told him that they did not like guns, but that fear pushed them to make the purchase, WBUR reported.

The WBUR analysis published Wednesday found gun dealers in the state sold nearly 276,000 firearms from 2020 through 2021, with the majority of sales being handguns, at 64%, while 23% of the sales were for rifles.

Massachusetts is tied with New Jersey for having the lowest gun ownership in the country, at 14.7% of households with at least one gun, according to Rand Corporation average estimates released in 2020.

Massachusetts gun sales overall in 2021 were up 57% from 2019 and doubled that year compared to 10 years ago, WBUR found.

Gun sales across the nation skyrocketed in 2020, with an estimated 23 million firearms sold and more than 21 million gun background checks conducted. The numbers smashed records, and notably spiked at the onset of the pandemic in March, before jumping yet again in June of that year as protests and riots spread across the nation in response to the death of George Floyd.

Violent crimes spiked across the country in 2020, with the FBI reporting a nearly 30% increase in murders that year compared to 2019, marking the largest single-year increase in killings since the agency began tracking the crimes. 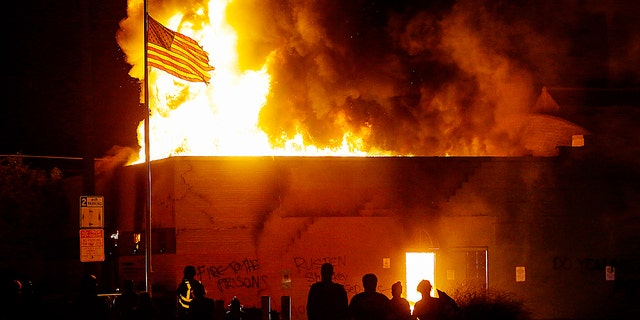 KENOSHA, WI – AUGUST 24: People watch a the American flag flies over a burning building during a riot as demonstrators protest the police shooting of Jacob Blake on Monday, August 24, 2020 in Kenosha, Wisconsin. Blake was shot in the back multiple times by police officers responding to a domestic dispute call yesterday.  (Photo by Joshua Lott for The Washington Post via Getty Images)

“A lot of people were looking around, especially early on [in the pandemic], and getting that first sense … of ‘I actually don’t know that if something happens the government will be there to protect me,’” Heritage Foundation legal fellow Amy Swearer previously told Fox News Digital. She noted that the pandemic prompted police departments to change policies in how to respond to emergency calls and response times lagged as a result.

STATES WITH HIGHER RATE OF GUN OWNERSHIP DO NOT CORRELATE WITH MORE GUN MURDERS, DATA SHOW

In Massachusetts, gun owners echoed the experts’ remarks on wanting to self-protect against any potential danger.

“If I go to Walmart, if I go to a movie theater, if I go to a church, a gathering with a group of a lot of people, I always carry,” Frank Garrido, a 63-year-old financial advisor, told WBUR.

“I call them these roving bands of ladies that come in together and they want to shoot on Thursdays,” he said. 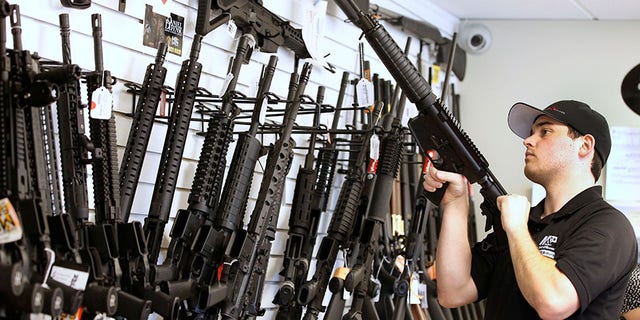 Leary argued against government-imposed restrictions on gun ownership, and stressed that as a “responsible gun owner,” he works to “ensure that my guns don’t fall into the wrong hands.” This work includes personally coaching new gun owners through responsible ownership and how to use firearms in worst case scenarios, such as home break-ins and ambushes.

“They’re bringing to class the gun that they are most likely going to carry in the real world out there,” he said.