This might have been a beer drinker’s worst nightmare.

A bar owner was caught on video sprinting after runaway beer kegs that began rolling down the street.

Dan McCallion owns the Abercorn Bar in Londonberry, Northern Ireland — and got himself in a pickle when he noticed that his keg barrels were rolling down the street.

The 56-year-old had stacked some empty keg barrels outside his place.

Yet the wind picked up and blew the barrels down the street.

Dan McCallion can be seen spotting his keg barrels rolling down the street.  (Kennedy News and Media)

After hearing an odd rattling noise, McCallion — who had been inside the bar — decided to go outside and investigate.

When he got outside, the kegs were already tumbling down the road.

TOP-PRODUCING CRAFT BREWERIES IN THE US THIS YEAR: REPORT

In security camera footage, McCallion can be seen running out of his bar and right into the street after the barrels. 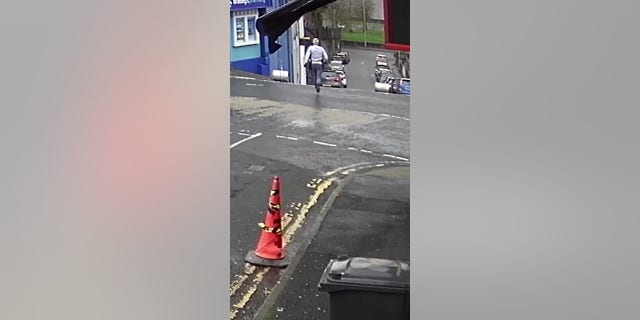 McCallion takes off in a sprint to catch the barrels before they hit a car or cause a crash.  (Kennedy News and Media)

“I thought it could have done severe damage to parked cars or caused a crash if I hadn’t stopped them,” he said.

6 BREWERIES ACROSS AMERICA THAT OFFER GREAT BREWS AND STUNNING VIEWS, TOO

As an avid cycler, McCallion said he luckily had the leg strength to catch up with the kegs — but he took a tough tumble himself. 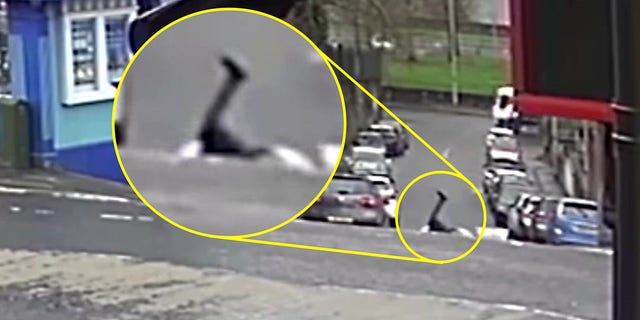 The bar owner takes a tumble as he tries to catch both barrels.  (Kennedy News and Media)

The footage shows the owner tripping, falling to the ground — while still managing to grab the kegs with his arms and legs.

“I went down to grab one and lost my footing,” he said.

“I grabbed it and got it stopped, and then I threw my leg out and stopped the other one.” 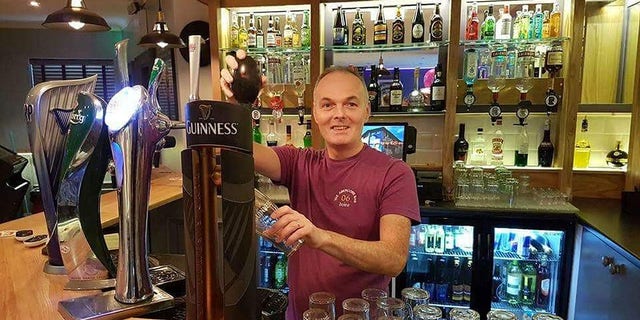 Dan McCallion owns a bar in Northern Ireland. He had been keeping his empty keg barrels outside the bar for pickup. (Kennedy News and Media)

McCallion noted that he did sprain his ankle and hurt his shoulder — but today he finds comic relief in watching the video of himself chasing the rolling barrels.

“I got a little sprain on my ankle and hurt my shoulder because of the tumble. I only started laughing when we put the video together,” he said.

“It’s funny to watch it back.” 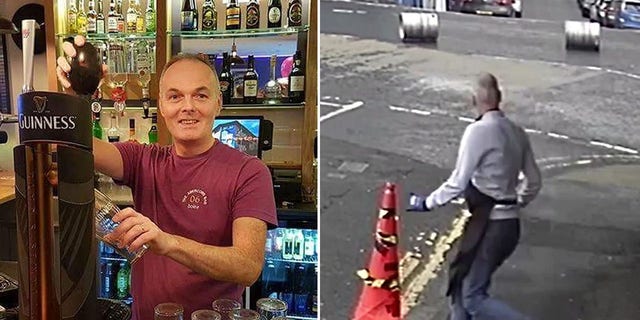 Dan McCallion heard a rattling noise outside his bar — then he went outside and saw his keg barrels rolling down the street.  (Kennedy News and Media)

McCallion successfully captured the barrels and brought them back to the bar.

One person commented on the viral video, saying, “Well done, Daniel. Going way above and beyond the call of duty.”

Another jokingly wrote, “Is he all right? I’d bet he’s a barrel of laughs after that!”