The National Hurricane Center said in an advisory early Tuesday the storm had strengthened to a Category 3 hurricane and is expected to soon make landfall in Cuba.

A life-threatening storm surge, hurricane-force winds and flash floods are expected in parts of western Cuba overnight and into Tuesday, according to the National Hurricane Center.

“The center of Ian is expected to move near or over western Cuba overnight and early Tuesday,” the NHC said. “Ian will then emerge over the southeastern Gulf of Mexico on Tuesday, pass west of the Florida Keys late Tuesday, and approach the west coast of Florida on Wednesday into Thursday.”

Hurricane Ian was growing stronger as it approached the western tip of Cuba on a track to hit the west coast of Florida as a major hurricane as early as Wednesday.

Cuba’s western tip was lashed by the storm’s rain and winds. Officials in the country’s Pinar del Rio province set up 55 shelters, brought in emergency personnel and made efforts to protect crops as the region prepares for Ian’s expected landfall early Tuesday.

After reaching Cuba, the hurricane was forecast to continue to strengthen over the Gulf of Mexico before heading for Florida as early as Wednesday as a Category 4 storm with maximum winds of 140 mph.

The storm will not remain over Cuba but will slow down over the Gulf of Mexico, as it becomes wider and stronger.

Ian was moving northwest at 13 mph, about 85 miles east of the western tip of Cuba as of 2 a.m. Tuesday.

Florida Republican Gov. Ron DeSantis declared a statewide emergency and warned that the hurricane could hit large areas of the Sunshine State. He said it could knock out power and interrupt fuel supplies as it heads northward off Florida’s Gulf Coast. 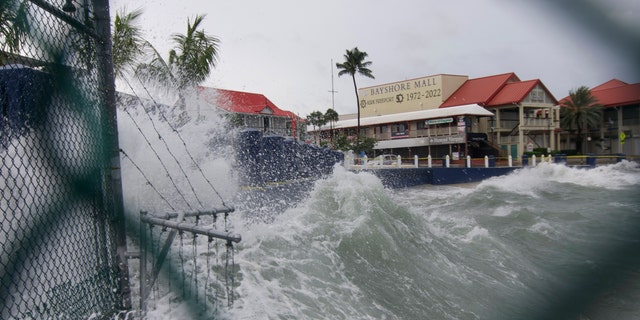 TROPICAL STORM AND HURRICANE SAFETY CONSIDERATIONS EVERYONE SHOULD KNOW

DeSantis said 5,000 Florida state national guard troops have been mobilized, and another 2,000 are on standby in neighboring states. Five urban search and rescue teams have been activated as well. 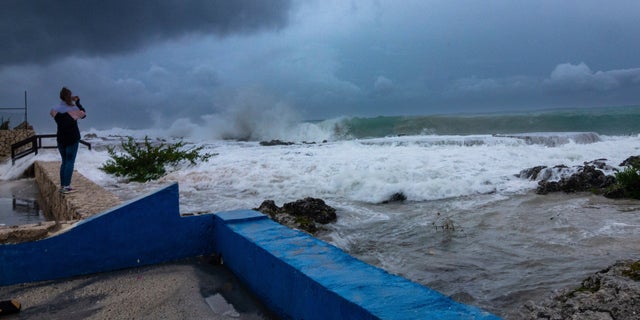 A woman takes photos while waves crash against a seawall as Hurricane Ian passes through George Town, Grand Cayman island, Monday, Sept. 26, 2022. Hurricane Ian is on a track to hit the west coast of Florida as a major hurricane as early as Wednesday.

President Joe Biden also declared an emergency and authorized the Department of Homeland Security and the Federal Emergency Management Agency to coordinate disaster relief and help protect lives and property.