In a Nation That Nearly Wiped Out Cholera, the Disease Is Surging Back 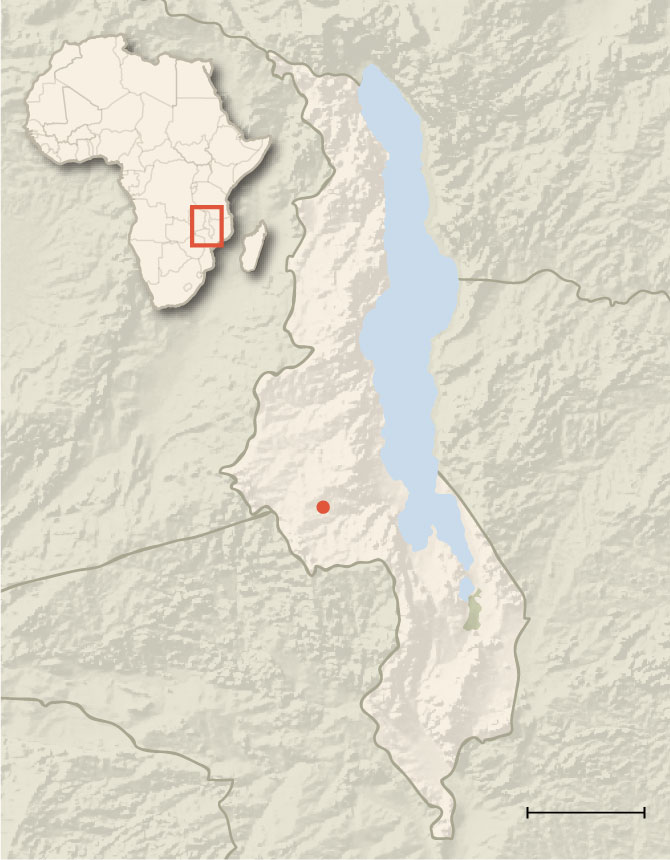 Malawi, in southern African, had all but eradicated cholera, recording only two cases in 2021. But more than 900 people died of it over the past 11 months, and the government is scrambling to contain its spread.

Many patients arrive in wheelchairs, their legs too weak to support them. They cram into a stale hospital tent in Malawi’s capital, where some of the dozens of people not lucky enough to get a bed suffer on the dirt floor.

Medical workers, far outnumbered by the sick, scurry from one to the next, hoping to prevent them from ending up among the dead in a tent nearby.

Not long ago, Malawi looked like a shining success story in the global fight against cholera, a largely waterborne bacterial disease that mostly affects low-income countries. National vaccination and sanitation efforts had all but eradicated the disease in Malawi, reducing the number of recorded cases to only two in 2021.

Over the past 11 months, though, this landlocked sliver of a nation in southern Africa has recorded more than 28,000 cholera infections and at least 900 deaths. Health experts say cholera typically kills only about 1 percent of infected people. But the death rate in Malawi has been three times that, hovering around 3.3 percent, with hospitals lacking basic supplies and many people seeking help only after falling very ill. It is the country’s worst cholera outbreak in two decades.

Malawi’s number of available vaccines has not kept pace with demand. Hospitals are stretched thin, with undertrained and overworked medical staff, and lack basic supplies like gloves and intravenous fluids. Emergency cholera tents like the one at Bwaila District Hospital in the capital, Lilongwe, have popped up across the country.

“The conditions are dire,” said Mirjam Molenaar, a Doctors Without Borders coordinator working on the emergency response. “The staff is doing the best they can under this situation, but they are clearly overwhelmed.”

While cholera has surged across the world — with outbreaks in 31 countries over the past year — Malawi stands out as a warning of how suddenly the disease can consume even countries that had nearly eliminated it. A bad outbreak can sweep through a nation as long as there remain communities lacking access to clean water and sanitary bathrooms, experts say.

Several years ago, Malawi conducted a campaign to vaccinate millions against cholera and help dozens of communities gain access to toilets and clean drinking water.

Public health experts and government officials point to several potential causes of the outbreak, including destructive storms, the disruptions of the coronavirus pandemic, a rapid rise in urbanization and a decrease in the population’s immunity.

The outbreak is significant not only for the number of infections and deaths, but also for the contagion’s wide range — all 29 of Malawi’s administrative districts have recorded cases, upending life in a nation of about 20 million people.

Schools closed for about two weeks this month in major urban centers. Some food vendors were shut down. The simple task of getting drinking water suddenly carried the weight of a life-or-death undertaking.

When nausea struck Wezi Masese, 22, recently as he finished housework, in a township of tightly packed, low-slung homes, he felt as if he were on the edge of death. He vomited, collapsed into bed and could not get up, he said. He had no money loaded onto his cellphone to call for help.

Luckily, a friend who had been expecting to hear from him that day stopped by and discovered him.

“If only he would have delayed coming for another hour, I could have passed out,” Mr. Masese said. “I could have been gone — dead.”

Malawi’s government issued an open plea to the public, companies and others this month for donations of basic medical and sanitary supplies, like soap, buckets and aprons.

Those kinds of appeals are far overdue, according to critics who say the government’s slow response contributed to the current crisis.

“My sense is that nobody really had estimated that it would go this bad,” said Dr. Adamson Muula, a professor of epidemiology at Kamuzu University of Health Sciences in Blantyre, Malawi’s second-largest city. “They thought that it was one of those things that come and go. But then it’s gone to where it is unmanageable.”

The key to preventing cholera is keeping human waste away from drinking and washing water. That can be difficult in countries like Malawi, where about 30 percent of the population does not have easy access to clean drinking water and nearly 60 percent lack sanitary toilet facilities, according to UNICEF.

Since the outbreak began, Malawi has deployed water tankers to areas without piped water. Officials are reconnecting water taps in rural areas, including those behind on payments, and providing chlorine to families for cleaning water.

There are also continuing efforts to administer the cholera vaccine, a small tube of liquid ingested by mouth. But some communities have chased away health workers, accusing them of trying to trick people into taking the Covid-19 vaccine, said Chisomo Kankhwali, who works in the Lilongwe district health office. From the start of the pandemic, conspiracy theories about Covid have been rife in Malawi, some of them spread by religious leaders.

“They accuse us of simply making the Covid vaccine an oral vaccine,” Mr. Kankhwali said.

In 2015, Malawi started a broad effort to eradicate cholera, working with traditional leaders to build latrines, hand-washing facilities and other infrastructure in vulnerable regions — an effort to stop defecation in open areas like streams and lakes. In all, 155 out of 293 traditional communities were certified as free of open defecation, said Dr. Mwansambo, the health official.

Then in 2017, Malawi began administering more than three million cholera vaccines. Case numbers plummeted from 1,792 in 2016 to the single digits five years later.

But heavy rains and floods last year, caused by Tropical Storm Ana and Cyclone Gombe, destroyed latrines and hand-washing facilities in some communities, Dr. Mwansambo said. He added that a rise in illegal mining along Lake Malawi also contributed to the outbreak. The miners create informal settlements, using the lake for washing and as a toilet, he said.

Some said the economic hardship of the pandemic exacerbated conditions. More people have gone hungry, which can weaken the immune system, said John Phuka, an associate professor of health at Kamuzu University. Rapid growth in Malawi’s cities also led to new informal communities that rely on shallow wells for drinking water and do not have proper toilets, he said.

Andrew Azman, an infectious disease epidemiologist at Johns Hopkins who specializes in cholera research, said waning immunity among Malawians may also be a factor. Not only did vaccination efforts slow after the 2017 campaign, but the low prevalence of the disease may have reduced natural immunity in communities, said Dr. Azman, who used to live and work in Malawi.

“One of the big lessons is that you can’t let off just because you don’t see cholera,” he said. “If it’s in the region, and you still have poor water and sanitation, you are at risk.”

As it sickens and kills, cholera is also undermining Malawi’s social fabric.

At the funeral for Nambewe Chisankha, a woman in her 50s who died of cholera at Bwaila this month, one of her village leaders told mourners that his fellow chiefs wanted “to warn everyone that there is a cholera outbreak that is dangerous and killing us.”

“This cholera is invented,” someone in the crowd howled.

Later, a gravedigger, who is considered one of the custodians of the community’s burial rituals, interrupted the chief — a remarkable show of defiance — and demanded to know why certain protocols, such as viewing the body and laying a wreath, had not been observed. The traditions had been omitted to prevent cholera’s spread.

Back at Bwaila the next day, the mood was less tense. More than two dozen women, gathering for a weekly prayer meeting that predated the outbreak, sang Christian hymns in a hospital ward. But on this day, as with many of the prayer circles in recent months, the focus was cholera.

“We have faith God will give us victory over cholera,” said Florence Chikapa, reaching her hands to the sky in a plea for divine intercession. “A big miracle awaits us.”