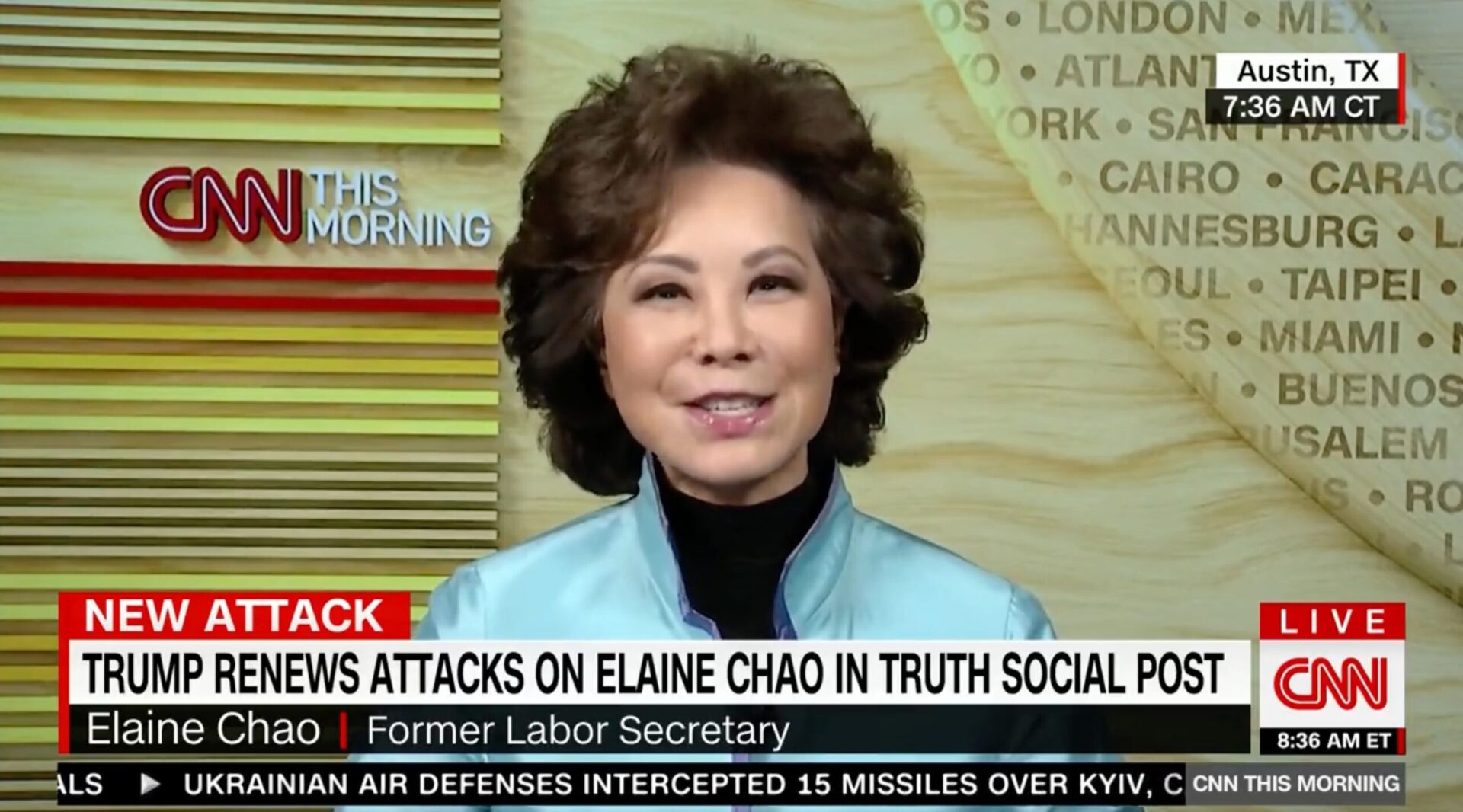 Former U.S. Transportation Secretary Elaine Chao has spoken out against Donald Trump following his repeated racist attacks against her.

“When I was young, some people deliberately misspelled or mispronounced my name. Asian Americans have worked hard to change that experience for the next generation,” Chao said in a statement to Politico. “He doesn’t seem to understand that, which says a whole lot more about him than it will ever say about Asian Americans.”

Chao, who served under Trump, has previously been reserved in her criticism of the former president, who has repeatedly taunted Chao and her husband, Senate Minority Leader Mitch McConnell (R-Ky.). Trump has referred to Chao, who was born in Taiwan, as McConnell’s “China-loving wife,” among other derogatory terms that Chao has asked the media not to use.

Trump used a racist nickname to describe Chao earlier this week when he threw together a mishmash of conspiracy theories to attack her and her husband.

Does Chao “have anything to do with Joe Biden’s Classified Documents being sent and stored in Chinatown?” he asked in a Truth Social post. “Her husband, the Old Broken Crow, is VERY close to Biden, the Democrats, and, of course, China. He gives them all whatever they want!”

The post came amid a series of mass shootings targeting Asian American communities in California, and following a rise in anti-Asian discrimination and violence tied to the coronavirus pandemic. On Saturday, 11 people were killed in Monterey Park during Lunar New Year celebrations. On Monday, seven more people were shot dead in Half Moon Bay.

In the past, Chao has called Trump’s comments racist but stopped short of condemning them. “He’s trying to get a rise out of us. He says all sorts of outrageous things, and I don’t make a point of answering any one of them,” she said in an interview last month. McConnell has also largely declined to comment on Trump’s swipes at his wife.

Elaine Chao Blasts Media Over Use Of Trump’s ‘Racist Taunt’

Mitch McConnell On Jan. 6: The Country ‘Knows Who Is Responsible’