The Des Moines Register/Mediacom Iowa poll, conducted by Selzer & Co. between Oct. 31 and Nov. 3, shows Grassley leading Franken 53% to 41% among people in Iowa who have either already voted or say that they will vote. The poll had a margin of error of 3.5 percentage points.

Three percent of the poll’s 801 likely voters say that they would vote for someone else, 2% aren’t sure who they’d vote for, and 1% didn’t reveal their vote.

J. Ann Selzer, president of Selzer & Co, said that Grassley has a huge lead over Franken.

“It’s a seemingly insurmountable lead, though anything can happen,” Selzer said. “This is a very good poll for Chuck Grassley. He gets not only the overall lead but the strong support of the people who are the core of his base. And Franken, by comparison, it’s more lukewarm among his base.” 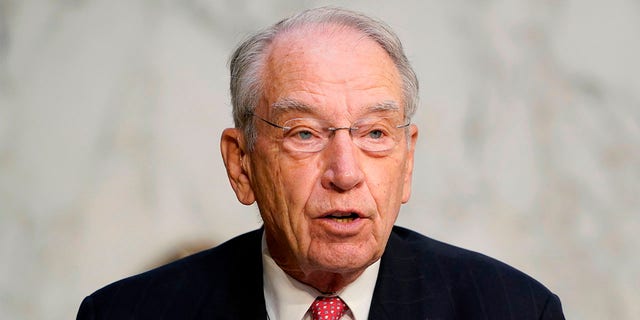 Franken is a retired U.S. Navy admiral who ran for U.S. Senate in Iowa in 2020, but lost the Democrat primary.

According to the Des Moines Register’s November poll, independent voters are swinging in Grassley’s direction by a margin of 47% when compared to Franken’s 41% support of independents. 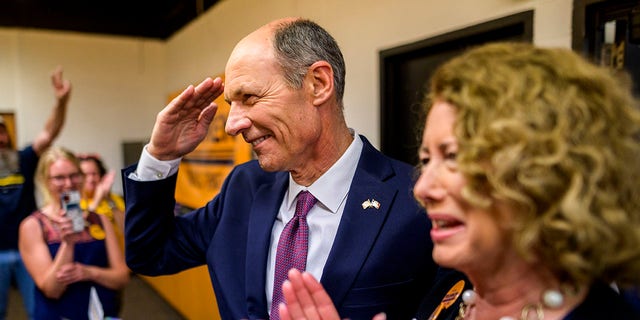 Democratic Senate candidate Mike Franken salutes the crowd as he arrives at an election night event with his wife Jordan Franken on June 7, 2022, in Des Moines, Iowa. (Stephen Maturen/Getty Images)

In the early October poll, 46% of independents were supporting Franken compared to 35% supporting Grassley.