DES MOINES, Iowa — Voters at the Iowa State Fair tell Fox News Digital that President Biden is “too old” to run, regardless of whether they support the sitting president or not, and that rising inflation is the top issue that will drive them to vote in the November midterms.

David told Fox News Digital he wants to vote based on politicians who will help Iowans, and took issue with the Biden administration’s policies, particularly during the pandemic.

“I think the Biden administration has messed up a lot of policies, especially coming out of COVID. We’ve seen more deaths under Biden than with Trump, even though Trump had the beginnings of COVID when it was first hitting,” explained David.

When asked about whether he thinks Biden should run in 2024, David said he is getting “far too old.”

“Even if people like his policies, I think he’s getting far too old for it. I think a lot of Democrats would be better off putting in someone who has better policies and is capable of filling that position,” David continued.

Another Iowan said “the economy” is the number one motivating issue for him to vote in the midterms.

Another voter, Greg, cited “lower fuel prices” as the top motivating factor if he ends up voting in the midterms, and he said he felt better off under the Trump administration than under the Biden administration.

When asked about whether Biden should run for re-election in 2024, Greg said “no.”

“I can’t really tell ya, I don’t know if anybody would do any better really,” he said. “But the way things have turned out, it’s looking like he’s not doing enough or the right things.”

“We’re so messed up right now,” Dave told Fox News Digital, saying the main issue is “inflation and how we’re just making it worse. We’ve got to stop.” 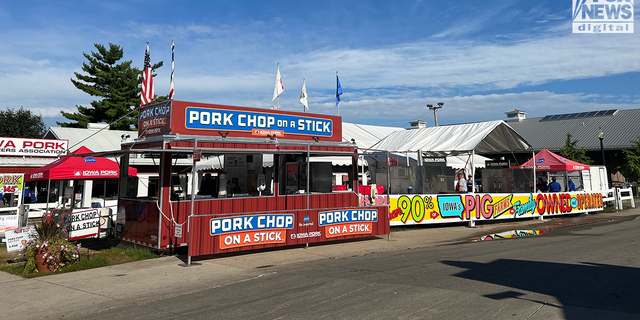 Iowans Phillip and Mallory, despite saying they were better off under Biden, said they do not want him to run in 2024.

“No [because of] his age. He needs to just step down and endorse someone else,” they told Fox News Digital. 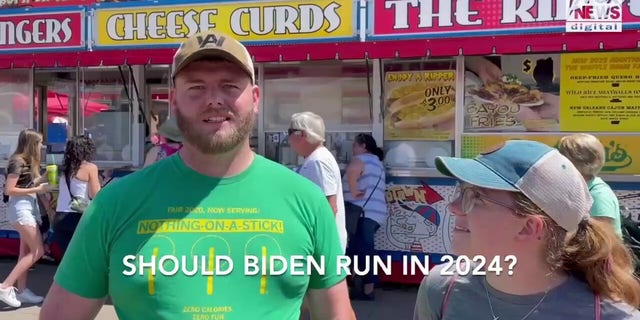 Pam and Doug told Fox News Digital that they are better off under Biden, “no question,” saying “he’s getting things done for the people without a bunch of scandal and hoopla saying how great he is.”

“And the option you gave us between Biden and Trump, Trump is not fit to be president of the United States,” said Doug.

Kelly Laco is a politics editor for Fox News Digital. Story tips can be sent to Kelly.Laco@Fox.com and on Twitter: @kelly_laco.