It’s a coin-flip in crucial races for Senate and governor in battleground Nevada: poll

A new public opinion poll in the key western battleground state of Nevada indicates that with a week to go until Election Day, it’s a margin of error race between Democratic Sen. Catherine Cortez Masto and her Republican challenger, former state Attorney General Adam Laxalt.

Cortez Masto, a former two-term state attorney general who made history in 2016 as the first Latina elected to the Senate, and Laxalt — an Iraq War veteran and grandson of the late Nevada governor and senator Paul Laxalt who succeeded Cortez Masto as state attorney general and was the 2020 GOP gubernatorial nominee in Nevada — are facing off in a race that’s among a handful across the country that will likely determine if the GOP wins back the chamber’s majority in next week’s midterm elections.

Cortez Masto edges Laxalt 45%-44% among likely voters questioned in the poll, which was conducted Oct. 24-28. The incumbent’s one-point advantage is well within the survey’s sampling error.

FINAL COUNTDOWN: WHAT’S AT STAKE IN NEXT WEEK’S ELECTIONS

An average of all the most recent public opinion polls in the Nevada Senate race compiled by Real Clear Politics indicates a contest that is essentially all tied up.

According to the Suffolk University/USA Today survey, Libertarian nominee Neil Scott, independent candidate Barry Lindemann, and Independent American Party candidate Barry Rubinson combined to receive 4% support, while 3% chose the Nevada ballot option “none of these candidates,” and 5% were undecided.

Cortez Masto’s edge in the new survey is basically unchanged from her 46%-44% advantage over Laxalt in the pollster’s previous survey, which was conducted in early October.

The poll indicates Cortez Masto with the lead among those casting ballots in early voting, people of color and union households, with Laxalt enjoying strong support among voters in rural counties and Silver State independents.

The poll also noted that Laxalt leads Cortez Masto 43%-30% among independents, up from 40%-36% a couple of weeks ago. 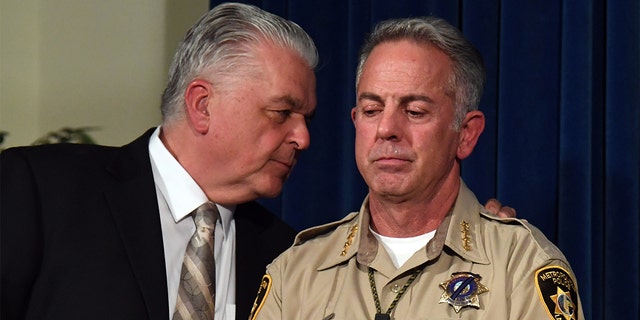 In the governor’s race, Sisolak and Lombardo are tied at 43% support, with Independent American Party candidate Ed Bridges at 3%, Libertarian Brandon Davis 2%, 4% saying “none of these candidates” and 6% undecided.

Forty-eight percent of those surveyed rated Nevada’s economy as poor, up 10 points from just a few weeks ago.

Five-hundred likely Nevada voters were questioned in the survey, which had an overall sampling error of plus or minus 4.4 percentage points.

Paul Steinhauser is a politics reporter based in New Hampshire.