Jets likely to move on from Zach Wilson next season: report

The New York Jets’ quarterback situation is a complicated one, as Zach Wilson’s benching on Thursday night brought about speculation not just for the rest of the season but moving forward as well.

In perhaps the biggest game of his career thus far, with AFC wild card hopes on the line for New York on their home turf against another playoff-hungry team, the Jacksonville Jaguars, Wilson threw up a dud. He went 9 of 18 for 92 yards with an interception and no touchdowns before the Jets benched him for fourth-string quarterback Chris Streveler, who was activated prior to kickoff.

Seeing that Streveler was able to move the offense more than Wilson broke the spirit of many Jets fans considering Wilson is supposed to be the franchise quarterback as the No. 2 overall pick from last season.

Now, according to Fox Sports’ Jay Glazer, it appears the Jets don’t see him as that guy anymore, which would be a tremendous drafting blunder by GM Joe Douglas.

“They’ve lost all confidence in Zach Wilson,” Glazer said on Saturday. “Zach’s lost confidence himself going into that last game, came out with even less confidence. Expect the Jets to move on from him after this season.”

JETS LEGEND SAYS ZACH WILSON HAS ‘LOST THE TRUST’ OF FAN BASE: ‘VERY HARD TO REGAIN THEIR TRUST AGAIN’

Wilson hasn’t won as a starter since Week 9 against the Buffalo Bills in a close 20-17 AFC East battle. Wilson went 18 of 25 for 154 and a touchdown in that game.

However, the following matchup with the New England Patriots brought about some questions at quarterback after Wilson went 9 of 22 for 77 yards in the 10-3 loss. After the game, when asked if the offense let the defense down – Gang Green let up just three points until Marcus Jones returned a punt for a touchdown at the end of the game to seal the Patriots’ win – Wilson simply responded “no,” which reportedly rubbed teammates the wrong way.

But with two games still left to play on the season, and the Jets not mathematically out of playoff contention, there’s a lot to play for in the next two weeks. Who will be at quarterback if the Jets want to move on from Wilson? 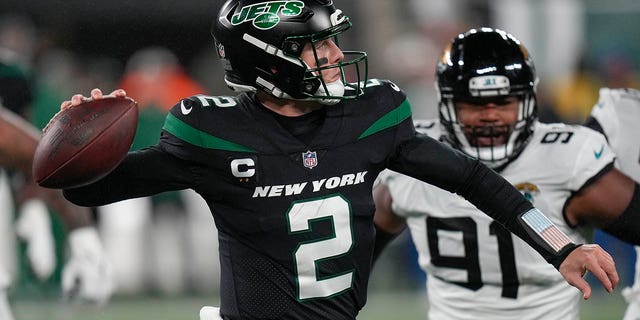 It’s a complicated answer as Mike White, the man who replaced Wilson once he was benched after that New England game, is dealing with fractured ribs. Glazer said “there’s multiple fractures,” but if White can play next week against the Seattle Seahawks, he will start.

If not, head coach Robert Saleh’s words following the 19-3 loss to the Jaguars on Thursday seemed to indicate that Wilson will be under center.

JETS’ OFFENSIVE LINEMAN ON ZACH WILSON BOOS: ‘CAN’T IMAGINE WHAT THAT FEELS LIKE’

“We haven’t seen the last of him,” he told reporters.

Could Saleh also be talking about the Jets’ future at quarterback as well as these final two regular-season bouts? It’s a tricky decision, and a crucial one, for Jets brass as they still hope to break their 11-year playoff drought. 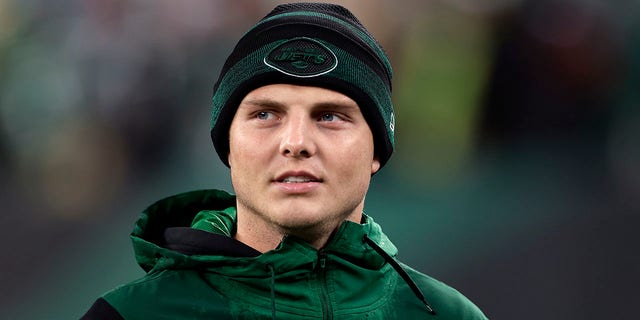 While 5-3 as a starter this season, Wilson owns a career 8-13 record while throwing for 15 touchdowns to 18 interceptions in 22 games.