Vice President Kamala Harris said that “democracy is intact” following the midterm elections on Tuesday, where many Democrats warned that democracy was on the ballot.

Harris made the comments on Thursday at a Democratic National Committee event in Washington D.C. on Thursday.

“So as we gather here, votes are still being counted. But it is clear, your work sent a message to the entire world. Our democracy is intact. And when democracy is intact, this is what it looks like,” Harris said. “Here’s the thing. Some Democrats won and some Republicans won. That is what happens when more than one hundred million Americans participate and vote in free and fair and open elections.”

Both President Biden and Harris both claimed in multiple speech around the country prior to Tuesday’s midterms that democracy was on the ballot.

BIDEN VOWS TO WORK WITH REPUBLICANS WHO HAVE ‘GOOD’ IDEAS, BUT NOT ON SOME ISSUES

US Vice President Kamala Harris speaks during an event hosted by the Democratic National Party at the Howard Theatre on November 10, 2022 in Washington, DC. The President and Vice President are speaking after the Democratic Party had a historically successful midterm election, fending off what was predicted to be a Red Wave. (Samuel Corum/Getty Images)

Harris warned voters during a Monday speech at the University of California, Los Angeles that democracy was on the ballot.

“And so, understand when we talk about democracy is on the ballot, it is. And the nature of democracy is such that I think there’s a duality,” Harris said. “On the one hand, there’s an incredible amount of strength when a democracy is intact, in terms of what it can give its people to protect and fight for their individual rights and freedoms.  In that way, it can have great strength in lifting people up.”

Biden said four times that democracy was on the ballot during a speech in Washington, D.C. on Nov. 2. 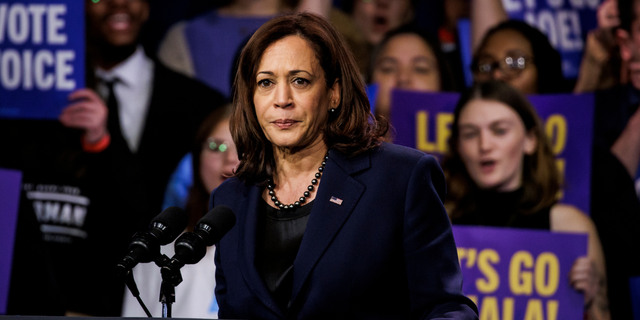 US Vice President Kamala Harris speaks during an event hosted by the Democratic National Party at the Howard Theatre on November 10, 2022 in Washington, DC.  (Samuel Corum/Getty Images)

During the same speech at Thursday’s Democratic National Committee event, Biden said that he’s prepared to work with Republicans, adding that the American people want Republicans to work with him. 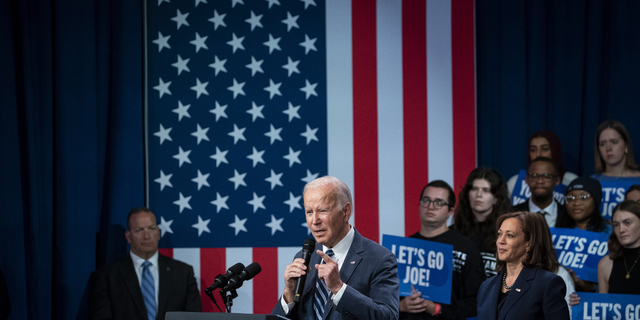 “Regardless of what the final tally showed, I’m prepared to work with Republicans, but the American people have made it clear they expect Republicans to work with me as well,” Biden said. “And folks, I’ll always be open to any good ideas, others, Democrat or Republican, to move the country forward

Biden’s comments come as the balance of power in Congress remains undecided.