Kelly Ripa gets real about working with Regis Philbin: TV show ‘was not a cakewalk’

It has been two years since beloved TV host Regis Philbin passed away at 88, and over a decade since his last episode of “Live! with Regis and Kelly.” Now, talk show host, mother and soon-to-be author Kelly Ripa is discussing her often rocky, sometimes glorious relationship with her late co-host.

While promoting her new book, “Live Wire: Long-Winded Short Stories” in an interview with People, the 51-year-old says working with the legend caused her “good and bad days,” but writing about her experiences with Philbin proved to be “the hardest.”

Ripa detailed the difficult road she endured to secure what many would consider routine benefits for a TV host, like “an office and a place to put my computer.”

She explained, “I don’t want to feel like I’m slamming anyone or that I’m being disrespectful. But I also want people to know it was not a cakewalk. It took years to earn my place there and earn things that are routinely given to the men I worked with.”

Of her 10-year stint with Regis on “Live! With Regis and Kelly” Kelly Ripa says “there were good and bad days.” (James Devaney/WireImage)

RYAN SEACREST FANS PILE ON KELLY RIPA FOR OFTEN ‘INTERRUPTING’ HIM, BEING ‘ANNOYING;’ HER FANS CLAP BACK

Ripa, who hosted the ABC show with Philbin from 2001 to 2011, says, “People think I just showed up one day and was handed a job and I lived happily ever after and now everything’s perfect. But it never is that way.”

Before she was offered the job, Ripa says she was given the run-around, and led to believe that Philbin’s show was not looking to add a co-host after the departure of Kathy Lee Gifford.

Ripa, who now hosts the program “Live! with Kelly and Ryan,” where her name proudly shines first, says that when she was originally offered the role with Philbin, her agent told her, “They want you to know who your boss is.” 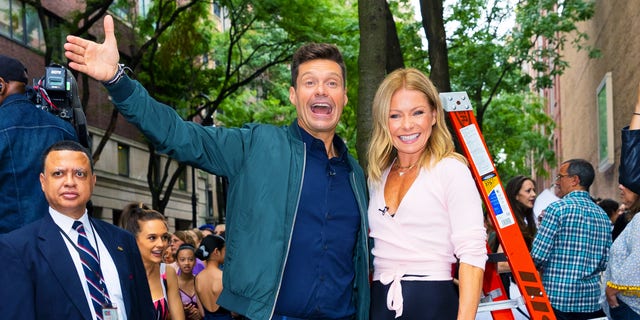 Ripa said of her agent’s warning, “It did not feel good.”

Ripa and Philbin’s relationship, which seemingly flat lined after his departure from the program in 2011, was significantly different behind the scenes.

“Off camera and outside of that building, it was a different thing,” according to Ripa. “The handful of times we spent together, I so enjoyed. We went to the same resort once on vacation and he came to a dinner I hosted—one of the favorite nights of my life. I never laughed so hard.” 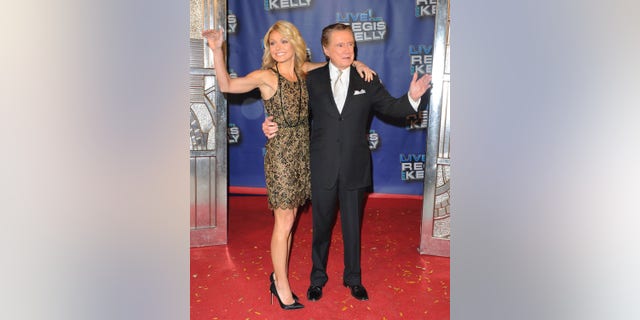 Although towards the end of his life, Philbin and Ripa were not in contact, Ripa notes that there was no greater storyteller than Regis.

“I loved him… and I still do,” she clarified.