NASCAR Cup Series driver Kyle Busch announced he will be stepping away from full-time racing.

Busch made the announcement from his hometown of Las Vegas and said he will miss the rest of this season and will not race full-time in Cup next year.

“As I continue to focus on my health and work towards being cleared, I will be stepping away from full-time NASCAR Cup Series competition in 2023,” Busch said in the statement.

The retirement announcement comes as Busch continues to recover from a concussion he suffered in July at Pocono Raceway. Busch and Alex Bowman have both missed races this year due to concussions.

“I know I’m not 100% in my ability to go out and race at the top level in the NASCAR Cup Series,” Busch continued.

But he did note that once he is cleared, he could return to racing on a limited basis.

“Next year my contributions to racing may look a little different, but I will continue to give my best to this sport. And if I’m cleared, maybe you’ll see me at select races.”

NASCAR previously announced that it will implement changes to the rear of cars for next season to address impacts such as those that resulted in injuries to Busch and Bowman. 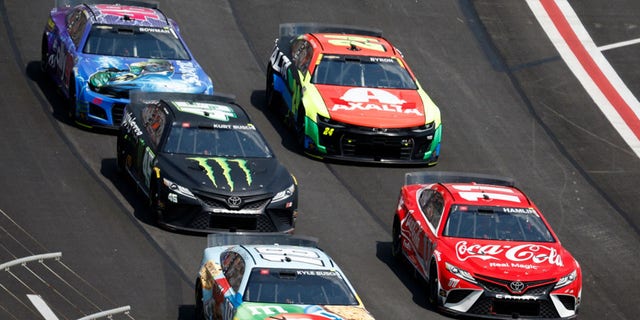 “Unfortunate circumstances led Kurt to a difficult decision, but we know that he will continue to contribute to the entire program at Toyota, TRD and 23XI Racing. He brings a tremendous amount of knowledge and firsthand championship experience to his team and fellow Toyota competitors. We’re here to support Kurt in this next chapter of his career and look forward to continuing to work alongside him,” Toyota Racing Development President David Wilson said in a statement.

Busch leaves a complicated legacy behind. He will be remembered by some for his talent and championship, while some will recall the issues he’s had with his temperament over his career.

Busch won the 2004 championship and went on to rack up 34 Cup victories during his tenure as a full-time driver.

Busch won a race in 19 of the 22 Cup seasons he was a full-time driver. 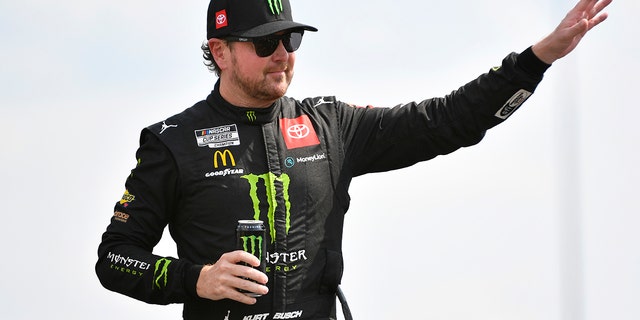 Kurt Busch, driver of the #45 Monster Energy Toyota, waves to fans onstage during driver intros prior to the NASCAR Cup Series Ally 400 at Nashville Superspeedway on June 26, 2022, in Lebanon, Tennessee. (Logan Riely/Getty Images)

He is ranked 25th on the all-time victories list and has won the Daytona 500 and Coca-Cola 600.

Busch mentioned that he plans to have discussions with Fox Sports, where he has previously done broadcasting work.