Leftist protesters were spotted outside a speaking event by a conservative commentator surrounding and shouting down a man reading Bible passages before they snatched the Bible, ripped it up, and one protester ate the pages.

In the video posted by Young America’s Foundation earlier this week, a man reading Bible passages on a loudspeaker outside a screening of conservative commentator Matt Walsh’s “What is a Woman?” documentary in Madison, Wisconsin was accosted by screaming leftist protesters. One of the protesters can be seen banging on a can next to the Christian man’s face while another blared a siren next to him.

“The leftists’ attempts to silence a student reading the Bible demonstrate their utter contempt for the Judeo-Christian values upon which America was founded,” Nick Baker, a spokesperson for Young America’s Foundation, told Fox News Digital in a statement.

In another video posted by the Young America’s Foundation, protesters tore up the Bible after taking it from the man and one protester could be seen eating the pages.

“We’re seeing this sort of insane behavior on college campuses across the country, and it’s time to hold these students accountable,” MJ Alfonso, Program Officer for Digital Media at YAF, told Fox News Digital about the scene.

“Well, you can be on the side that eats the Bible and castrates children, or you can be on literally any side but that one,” Walsh posted on Twitter along with the video. “Your choice, America.” 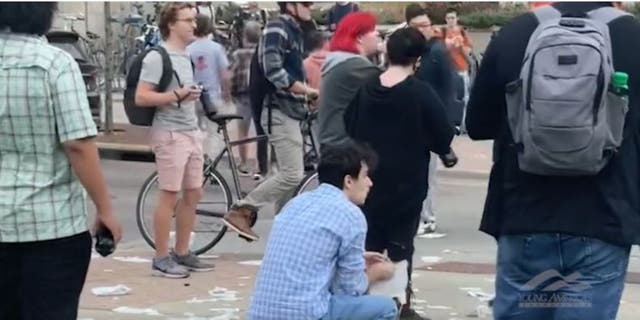 Walsh also posted a photo of a notice posted by the University of Wisconsin-Madison warning students of the event and calling it “harmful towards our trans community.” The protesters also reportedly vandalized multiple buildings on campus including a veteran’s memorial.

Walsh’s screening took place as scheduled despite protesters outside objecting to the premise of the documentary which contends that womanhood is determined by biology while poking fun at many on the left for struggling to define the word “woman.” 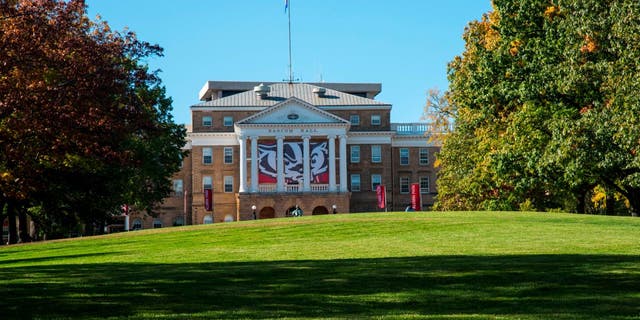 “Despite the protests, the lines continue to grow for@MattWalshBlog’s #WhatIsAWoman screening at University of Wisconsin-Madison!” YAF posted on Twitter.

YAF also called on the University of Wisconsin-Madison to issue an apology after a school employee was spotted tearing down flyers for the event.

The University of Wisconsin-Madison did not immediately respond to a request for comment from Fox News Digital.

Andrew Mark Miller is a writer at Fox News. Find him on Twitter @andymarkmiller and email tips to AndrewMark.Miller@Fox.com.