A Louisiana mother and daughter were arrested and charged after allegedly abusing dogs at their training facility.

The two were arrested after officials were alerted of a social media video showing Frey striking a Cane Corso dog on the head with a riding crop. Detectives then opened an investigation and affirmed the validity of the video.

Police were thus able to establish “sufficient probable cause that supported the original complaint,” the sheriff’s office said.

The sheriff’s office said the investigation remains “very active and ongoing” and that the mother and daughter could face additional charges.

“I want to thank the public for bearing with us while we conducted a complete and thorough investigation into these allegations,” Sheriff Mark Wood said in the Facebook post. “

“I would also like to commend our Animal Control Section and our detectives in their investigation of this incident and to staying the course, following the evidence where it leads and not bending to pressure of a quick arrest,” he continued. “We always take these animal complaints seriously as we do all crimes, but we also have to investigate and make sure the alleged crime fits the law.” 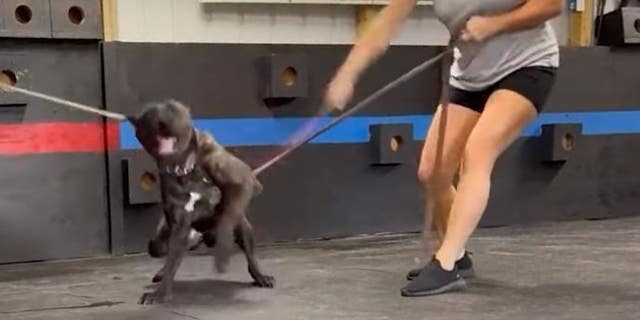 A still from a video that has gone viral shows a trainer at Cypress Arrow Kennel &amp; K9 Academy allegedly striking a dog with a riding crop.  (YouTube)

Frey’s attorney Brad Drell insists that his client is innocent, saying in a statement to People magazine, “I want to unequivocally state that Tina Frey has never hurt or injured a dog in her care. She is a respected dog trainer and is qualified to train other trainers.”

Drell said Frey is an “expert” in dealing with the Cane Corso breed.

“Weighing over 100 pounds, they have the potential to be very dangerous to human beings if not trained property,” he said, pointing to recent incidents in which the breed has attacked people.

The attorney, addressing the video depicting the alleged abuse, said the clip of Frey “using a squirt [a short whip] on” the dog named Fenixx “creates a false impression that dogs are being injured. 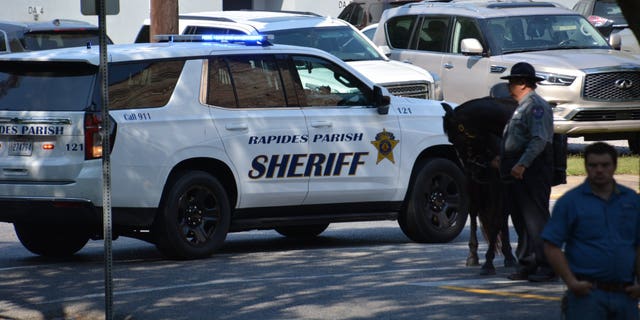 The sheriff’s office said the investigation remains “very active and ongoing” and that the mother and daughter could face additional charges. (Rapides Parish Sheriff’s Office)

“While the video is disturbing for many to watch, what needs to be understood is that Fenixx at the time was attempting to chew through a leash, which would have allowed Fenixx to bite either Ms. Frey or her daughter,” he said.

The video shows two women each holding a leash and pulling in opposite directions as one woman, who Dreel identifies as Frey, whips at the animal.

He said Frey used a quirt to stop the dog from biting through the leash, and noted that the video shows Frey and Fenixx’s owner using the quirt on themselves and “experiencing no pain.”