The New York Times editorial board put out an alarmist column on Saturday warning about the “urgent and severe” threat posed by climate change, urging a “radical transformation” of the country to combat it, and rebuking Senator Joe Manchin, D-W.Va., for standing in that transformation’s way.

The board’s piece opened with a dire scene: “The American West has gone bone dry, the Great Salt Lake is vanishing and water levels in Lake Mead and Lake Powell, the two great life-giving reservoirs on the Colorado River basin, are declining with alarming speed.”

As if that wasn’t foreboding enough, the column added, “Wildfires are incinerating crops in France, Spain, Portugal and Italy, while parts of Britain suffocated last week in temperatures exceeding 100 degrees Fahrenheit.”

The Times then juxtaposed that doomsday setting with the “news from Washington” about the “ability of a single United States senator, Joe Manchin, to destroy the centerpiece of President Biden’s plans to confront these very problems.” 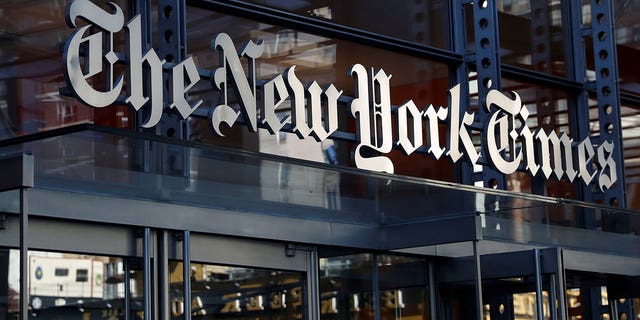 If it weren’t for Manchin voting against passing Biden’s climate bill, the president would have secured “the single biggest investment Washington had ever made to combat the ravages of a warming climate.”

Further condemning Manchin’s move, the editorial board claimed the senator’s actions represent “more than another setback for Mr. Biden, who had already seen his climate ambitions threatened by the Supreme Court and rising oil and gas prices.” The outlet asserted that it “undercut American competitiveness in the global race for cleaner fuels and cars.”

And it also “made a mockery of Mr. Biden’s efforts to reclaim the leadership role on climate change that Donald Trump squandered.”

The board admitted that Biden’s “bold promises” on climate change would have required a “radical transformation of the world’s energy systems, replacing fossil fuels with low carbon and ultimately carbon-free energy sources.” It mentioned that this would need to have been done, “quickly, cutting greenhouse gas emissions in half by 2030 and effectively zeroing them out by midcentury.”

Biden sought to cut 2005 American emissions levels in half by 2030, the paper noted, but mentioned that this “radical transformation” was “anathema to Mr. Manchin, who has strong ties to West Virginia’s coal industry.” 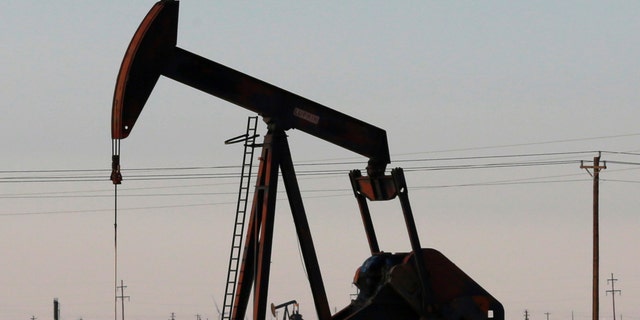 FILE – A pumpjack as seen on Wednesday, March 30, 2022, in Tatum, New Mexico. President Joe Biden is promising “strong executive action” to combat climate change, despite dual setbacks that have restricted his ability to regulate carbon emissions and boost clean energy such as wind and solar power.  (AP Photo/Cedar Attanasio, File)

Because of Manchin’s opposition, along with opposition from every GOP senator, his vote was “decisive” in making sure that Biden’s climate goals “now seem out of reach,” the editorial board stated.

Since Biden no longer has Congressional support for his climate agenda, the paper recommended that he “take the same regulatory path President Barack Obama was forced to follow after the Senate’s last colossal climate failure,” using “executive authority.”

As the board explained, “Using his executive authority, Mr. Obama secured big improvements in automobile efficiency and ordered reductions in power plant emissions, which didn’t take effect, although the power companies managed to achieve them on their own.”

Yes, the Supreme Court’s ruling in the West Virginia V. EPA case could constrain “Major new improvements in the power sector,” the column acknowledged, but Biden “can and must push forward with new rules he has already ordered up to control emissions of methane.”

The board recommended the president “compel automakers to double down on their efforts to sell all-electric vehicles” and mentioned that he and his Secretary of The Interior Deb Haaland, could bring more “clarity to the administration’s policies on oil and gas drilling, which right now are confusing.”

All in all, the board expressed that maybe Biden could be able to “reduce emissions by 24 percent to 35 percent below 2005 levels by 2030,” though it ultimately concluded that it’s not enough.

“That, as they say, is not nothing, but it’s nowhere near enough to meet Mr. Biden’s pledge to the world,” the board wrote. Ending the piece, it claimed, “The threat posed by climate change to Americans’ lives and livelihoods is urgent and severe, and it requires significantly more commitment from those who are elected to protect them.”