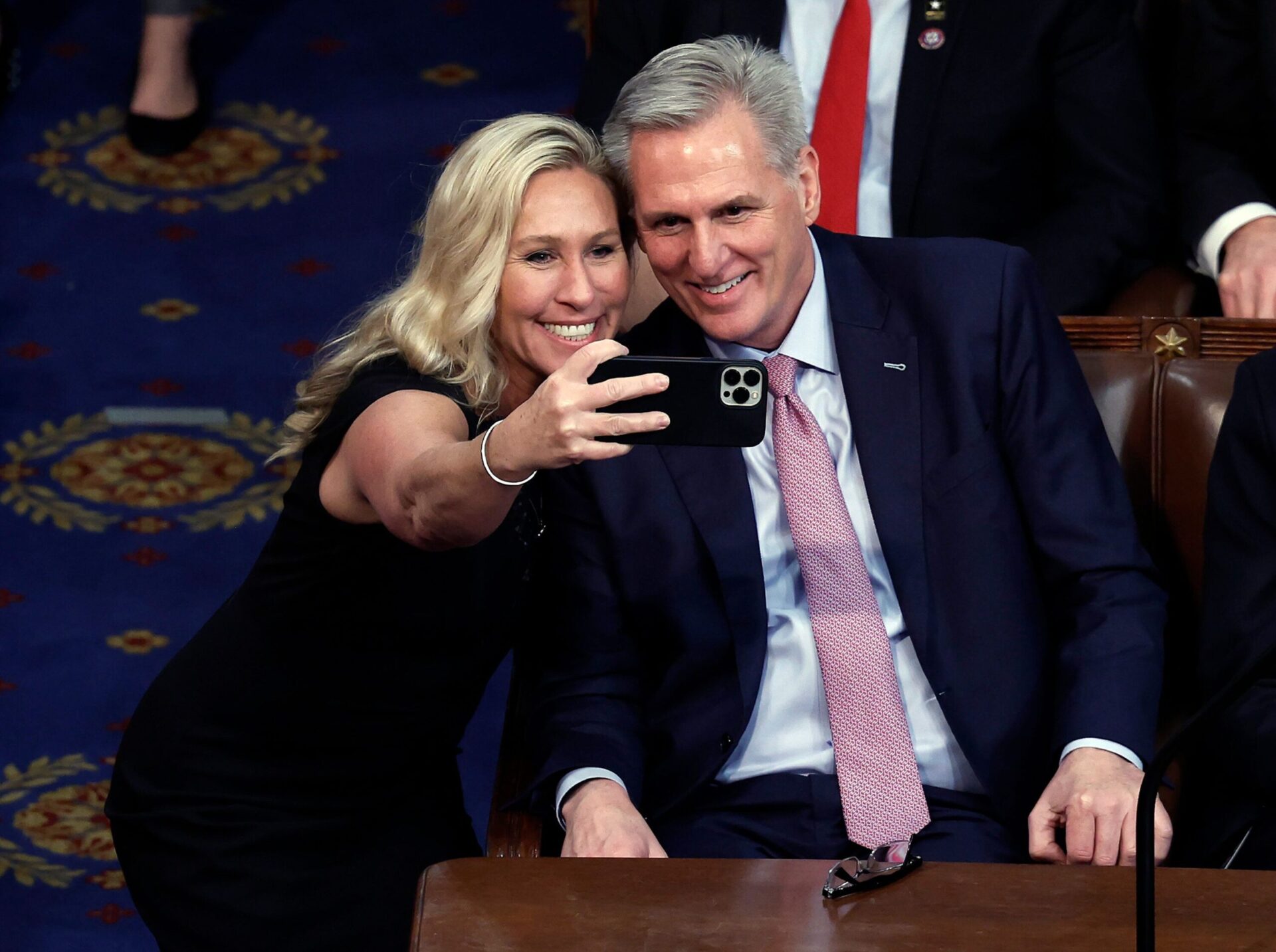 On Tuesday, the House GOP Steering Committee, which delegates committee assignments, voted unanimously to assign Greene and Gosar to the Oversight and Accountability Committee, CNN reports. Greene also nabbed a seat on the Homeland Security Committee, and Gosar returned to a seat he’d occupied previously on the Natural Resources Committee.

Both representatives, who are staunch supporters of former President Donald Trump and critics of President Joe Biden, were removed from their respective committees in 2021 following their controversial actions and comments.

In February 2021, the Democrat-controlled House of Representatives removed Greene from her committee assignments because of her past racist, antisemitic and violent remarks, including her declaration that she would have been armed and would have “won” the Jan. 6 insurrection. Later that year, Gosar tweeted an animated video that portrayed him killing his colleague Rep. Alexandria Ocasio-Cortez (D-N.Y.) and attacking Biden, which Democrats also deemed grounds for removal from his committees.

According to NBC News, Republicans on the Homeland Security Committee will be focused on improving border security and investigating Homeland Security Secretary Alejandro Mayorkas, whom GOP leaders have vowed to impeach. Meanwhile, the Republican-led Oversight and Accountability Committee intends to launch an investigation into Biden, and Greene appears eager to participate.

“Joe Biden, be prepared. We are going to uncover every corrupt business dealing, every foreign entanglement, every abuse of power, and every check cut for The Big Guy,” Greene said in a statement on Tuesday, adding that the investigation won’t stop at just the Biden family but also “every bit of government being used to abuse the American people.”

Greene and Gosar’s committee assignments are still awaiting ratification by the House Republican Conference, which will occur next week.

Following Gosar’s committee removal in 2021, then-House Minority Leader Kevin McCarthy (R-Calif.) declared that Democratic committee seats would be in danger if Republicans won the House majority in 2022, which they did by a narrow margin.

CNN also reported that Reps. Lauren Boebert (R-Colo.) and Scott Perry (R-Pa.) were added to the Oversight Committee, while scandal-plagued Rep. George Santos (R-N.Y.) has reportedly been assigned to the Small Business Committee and the House Science, Space, and Technology Committee.

Dr. Dre Has Choice Words For Marjorie Taylor Greene After She Uses His Song