San Diego Padres starter Joe Musgrove brought a no-hitter into the fifth inning against the New York Mets, as he was clearly in a groove in this win-or-go-home wild-card game at Citi Field on Sunday.

But there was talk all over social media about how shiny Musgrove’s ear was, and he kept touching it in between pitches as well.

Joe Musgrove #44 of the San Diego Padres looks on against the New York Mets during the second inning in game three of the National League Wild Card Series at Citi Field on October 09, 2022, in the Flushing neighborhood of the Queens borough of New York City. (Dustin Satloff/Getty Images)

So, Mets manager Buck Showalter decided to call on umpires to check Musgrove’s ear for a sticky substance that could have been affecting his pitches.

After a thorough check, umpires found nothing wrong, but the Padres made sure to chat over at the Mets’ dugout during this tense situation. Manny Machado was consistently talking to the Mets while the check was going on, and Musgrove even motioned to them after collecting an out.

Once he got out of that sixth inning, he yelled something over to the bench before walking off.

On the outside, it looked like Showalter was just pulling an old manager’s trick to try and knock Musgrove off his rhythm. However, there actually might have been some reasoning behind this move. 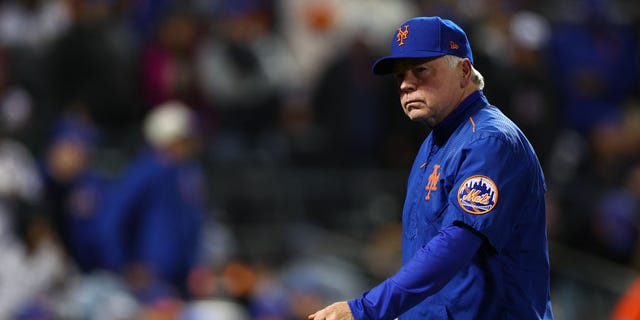 Buck Showalter #11 of the New York Mets looks on during the eighth inning against the San Diego Padres in game two of the Wild Card Series at Citi Field on October 08, 2022, in New York City. (Elsa/Getty Images)

Musgrove’s spin rates on his pitches were drastically different compared to his season averages, according to Baseball Savant.

His cutter, slider, curveball, and changeup are all seeing rpm spikes over 100 during this start. Now, adrenaline has a weird way of adding some extra intensity for pitchers, especially in situations like this. And again, the umpires found nothing, so Musgrove is in the clear. 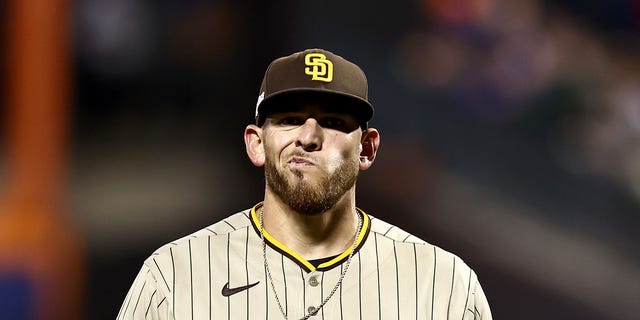 Joe Musgrove #44 of the San Diego Padres walks back to the dugout after closing out the fifth inning against the New York Mets in game three of the National League Wild Card Series at Citi Field on October 09, 2022, in the Flushing neighborhood of the Queens borough of New York City. (Dustin Satloff/Getty Images)

The Padres are currently leading the Mets in this Game 3 that will send the winner to face the Los Angeles Dodgers this week in the National League Division Series.