Missouri deputies found a missing pregnant woman from Arkansas dead with gunshot wounds – and then they recovered the remains of her unborn child at another location, investigators have revealed.

Ashley Bush was 33 years old and 31 weeks pregnant when she vanished last week, according to the Benton County Sheriff’s Office.

“We have sad news that we can report that we have found Ashley Bush, who was murdered in our opinion,” Sheriff Shawn Holloway said during a news briefing Thursday. “We also have found her baby, Valkyrie Grace Willis, who is deceased as well and was found at a separate location.”

Authorities in McDonald County, Missouri, have a man and a woman in custody on first-degree kidnapping charges, Holloway said. The FBI is also involved in the case, he added, and additional charges are possible in one or both states and in federal court.

Amber and Jamie Waterman, a married couple, were both arrested in Missouri this week, authorities said.

The bodies were both found in Missouri, but investigators were still looking into where the deaths occurred, Smith said. He declined to offer additional details about how the mother and child were separated. He also said it was too early in the investigation to discuss a possible motive.

He did say that the evidence suggests Bush thought she was on her way to a job interview when she was abducted and killed. 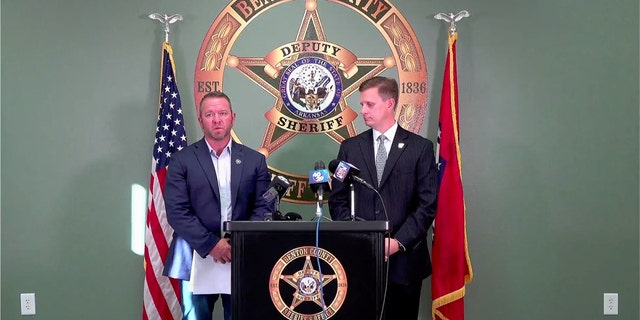 “What’s important to remember is that this is still early,” he said. “We have an obligation to tell the public what we know, at this point, so that they can know that we have unfortunately found [Bush and Valkyrie], and they were murdered based on the evidence we know now.”

Bush had last been seen in the passenger seat of a stranger’s vehicle on Halloween, at the intersection of Highways 72 and 43 in Maysville.

Bush met the driver, identified under the false name of “Lucy,” online as part of her search to find a job that would let her work from home, according to authorities.

“This is just a reminder that there is evil in the world, people do evil things, and that someone would just prey upon a pregnant woman in her most vulnerable state is unimaginable, but unfortunately that’s the world we live in,” Smith said.