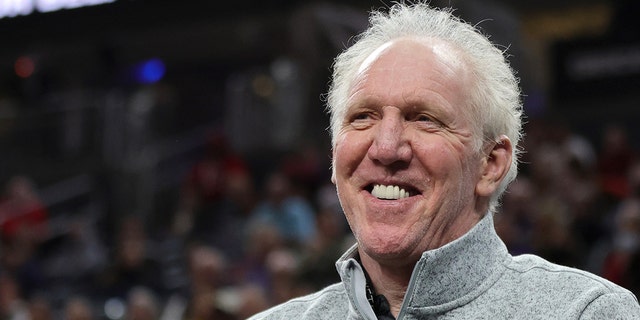 Basketball Hall of Famer Bill Walton has been outspoken about the homeless crisis in San Diego, and on Saturday he co-authored an op-ed calling for their relocation from the city.

Walton had a byline in the Times of San Diego with George Mullen. The article levies complaints about how the homelessness crisis has affected residents in the city and described Sunbreak Ranch as the saving grace for the city’s issue.

“Most of us can no longer walk or bicycle our downtown city streets, sidewalks, and parks without facing an obstacle course of tents, bodies, human excrement, needles, trash, and a slew of walking-zombies who are impossible to distinguish between those just down on their luck and others who are out-of-control substance abusers about to attack us,” Walton and Mullen wrote.

Sportscaster and former NBA player Bill Walton attends a game between the Washington Huskies and the USC Trojans during the Pac-12 Conference basketball tournament quarterfinals at T-Mobile Arena on March 10, 2022, in Las Vegas. (Ethan Miller/Getty Images)

The proposed Sunbreak Ranch site is in the empty plot of land east of Interstate 15 on Marine Corps Air Station Miramar, according to the article. The proposal includes 2,000 acres of open land with toilers, portable showers and medical tents. Those who decided to come would live in a community tent or can camp in their own protected areas.

“We need our President and federal government to lease 2,000 acres of MCAS Miramar land to Sunbreak Ranch at $1 per year, and to designate this land as a temporary ‘federal emergency homeless help zone.’ This will eliminate local red tape and opposition.

“The cost of this Sunbreak experiment is minimal compared to the untold tens of billions of dollars currently being spent (to no avail) on homelessness annually.” 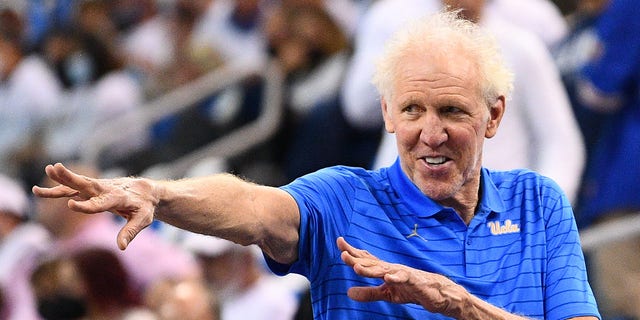 Former UCLA Bruins great Bill Walton looks on during a college basketball game between the Villanova Wildcats and the UCLA Bruins on November 12, 2021, at Pauley Pavilion in Los Angeles. (Brian Rothmuller/Icon Sportswire via Getty Images)

Walton previously criticized the mayor over the crisis. In September, he emailed Gloria about being assaulted by homeless people while riding his bike.

“You have failed, us and yourself,” an email from Walton to Gloria read, according to the Voice of San Diego.

“Once again, while peacefully riding my bike early this Sunday morning in Balboa Park, I was threatened, chased, and assaulted by the homeless population, in our park,” he reportedly wrote in August.

He also wrote about the issue in the middle of September on Instagram. 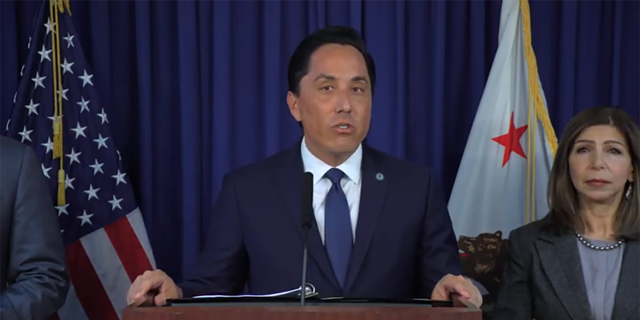 Gloria touched on the homelessness issue on Thursday.

“It’s not OK for children to have to walk in the middle of the street past encampments to get to school,” he said via Patch.

Gloria said he planned to get to work to end the crisis. He vowed to open more shelters, clean up encampments along city sidewalks and limit evictions, among other things.