New York woman fights off rabid fox in her front yard, thought she would be ‘eaten alive’

A New York woman fought off an aggressive rabid fox in her front yard on July 25 and said that she feared being “eaten alive” during the attack.

Sherri Russo, a retired nurse, was attacked by the rabid fox and suffered 16 wounds from the incident.

The 61-year-old said that she thought the fox was her neighbors dog.

Sherri Russo was pounced on and repeatedly bitten by the crazed animal as she desperately tried to kick and shake it off. (Kennedy News and Media)

“When I got the first nip on the outside of my leg, I actually thought it was our neighbor’s dog,” Russo said. “I lifted my leg and was getting ready to say ‘hey, what are you doing?’ and shoo him away but I looked down and I saw this grey fox.”

“He was a little guy but he was just relentless, he just kept coming back and each time he did I started to lose a little more confidence in my ability to ward him off,” Russo said. 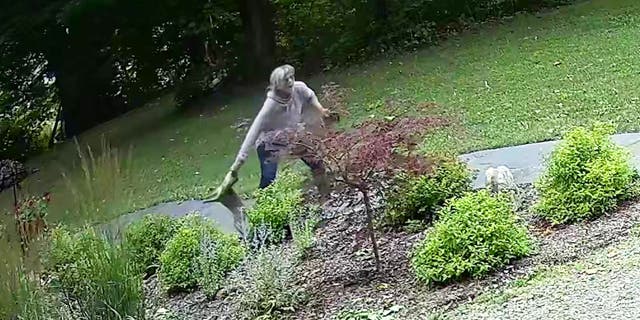 A retired nurse thought she was going to be ‘eaten alive’ when she was attacked by a rabid fox in her own front yard in broad daylight – leaving her too frightened to leave her house for a week.  (Kennedy News and Media)

“When I reached down to grab him off my leg and yank him away, that’s when he took a hold of between my thumb and my forefinger and he just chomped down on me,” she said.

Her neighbor eventually stepped in and “grabbed a stick” to hit the rabid fox with, and that’s when the fox stopped the attack.

“Once the fox saw him get close to me he just decided that he was just going to regroup and think of somebody else to go attack because that’s when he took off,” Russo said. “I just thank god that my neighbor turned up. I can’t get over how kind it was for him to not look the other way or pretend he didn’t hear anything. I’ll be forever grateful for that.” 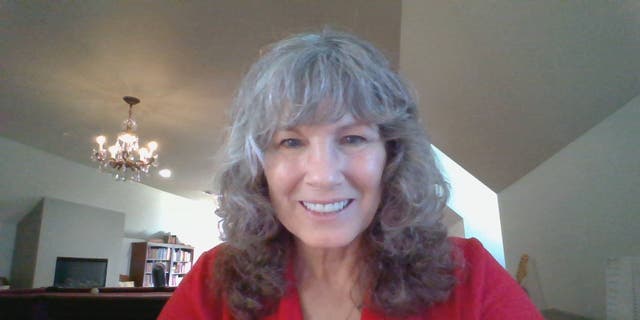 Sherri Russo is a retired nurse who was attacked by a rabid fox in her own front yard in broad daylight. (Kennedy News and Media)

The fox tested positive for rabies and Russo received a rabies vaccine and antibiotics.