The New York City woman allegedly behind the wheel when a car plowed into Black Lives Matter protesters nearly two years ago has denied a plea deal yet again and faces up to seven years behind bars, according to a report.

Kathleen Casillo, now 54, is accused of plowing her car into the crowd at the intersection of 39th and 3rd Avenue on Dec. 11, 2020, injuring six people. She was arrested and charged with reckless endangerment, police said at the time, and was released from custody after being given a notice to appear in court at a later date.

Casillo and her attorney reportedly turned down the same plea deal a year ago and told the court they would opt for a jury trial.

The mom of three previously claimed protesters went up to her car and called her a “white privilege b**tch” before banging on her vehicle. She said she panicked and hit the gas as they tried to open the doors of her vehicle, leading to the activists being injured. She had also told the Daily Mail she feared for her 29-year-old daughter’s life, who was in the car at the time of the incident but not charged. 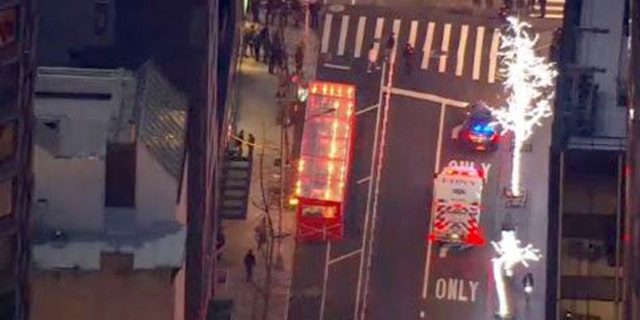 Aerial view of first responders on the scene after protesters were hit by a car in NYC on Dec. 11, 2020.  (FOX 5 New York SkyFOX) 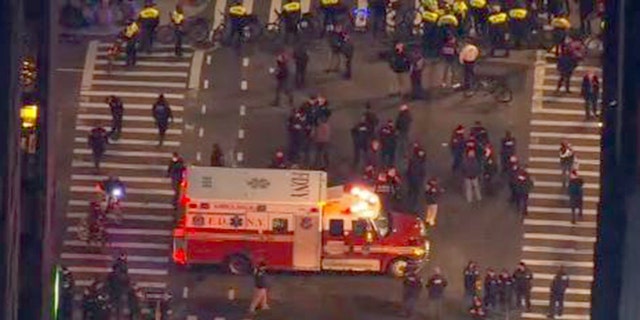 The protest march started in Times Square and was aimed at drawing attention to an ongoing hunger strike by immigration detainees at a jail in New Jersey.